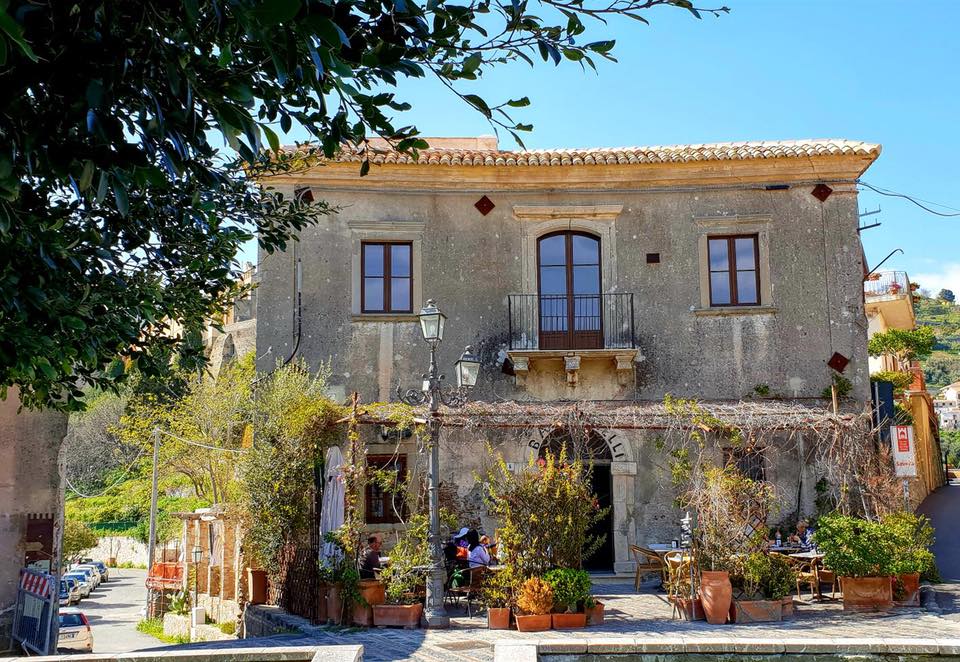 The Godfather road trip – visiting some of the Sicilian film locations from the Godfather trilogy. Savoca, in the films known as Corleone, is a beautiful mountain village and where we found the church where Apollonia and Michael Corleone were married, the Church of Santa Lucia. After the wedding they walked the few hundred meters to Bar Vitelli together with the wedding guests. 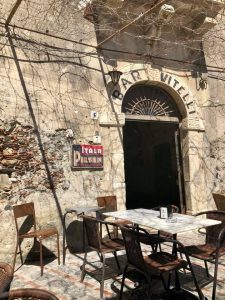 So did we, this afternoon. Arriving at the famous Bar Vitelli was the highlight of the day! Despite some refurbishing through the years, it still looks pretty much the same, at least from outside. The 18th century building just lacks the beaded curtains now. Inside the bar they are displaying many photographs from the film making.

Opposite Bar Vitelli there is a steel sculpture of the film director; Francis Ford Coppola. We had a nice lunch at the bar; including dishes named Michael and Apollonia 🙂 For dessert we had, of course, the cannoli 🙂 Bar Vitelli makes the best we have tried. By the way, it was with poisoned cannoli that Connie Corleone murdered her godfather, Don Altobello, at the Teatro Massimo in Palermo!!! Oh, Bar Vitelli is also where Michael told his father-in-law-to-be that he wanted his daughter 🙂 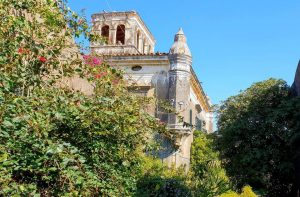 Another stop was by Castello Degli Schiavi near Fiumefreddo di Sicilia. When Michael Corleone goes into exile, this is where he initially stayed. Later on Apollonia was blown up here, while she was still learning to drive!! It is also where Michael goes to die. You can’t visit the castle inside but still see it through the gate. (It’s a private home, and we didn’t have the guts to ring the bell!)

Next stop was in Forza d’Agro where the Cattedrale Maria S. Annunziata, is located. It was in front of this cathedral that the young Vito Corleone escapes the rivalling gang, hidden in a donkey’s basket. After enjoying the beautiful views from the hill we also visited another church where we were invited to see the traditional baking of bread for Easter Monday, very interesting. All in all, Forza d’Agro is also a lovely little mountain town with many, steep and narrow alleys. It was an incredible experience visiting these locations! 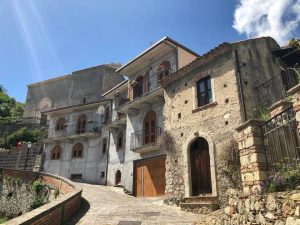 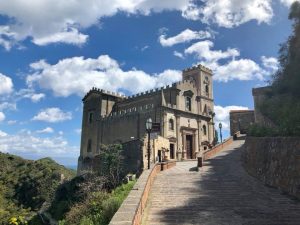 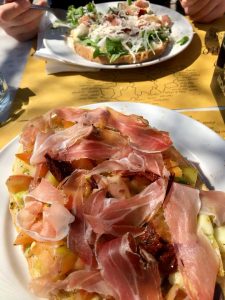 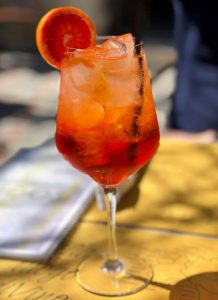 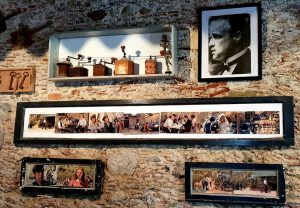 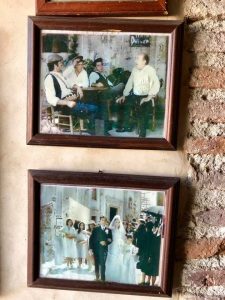 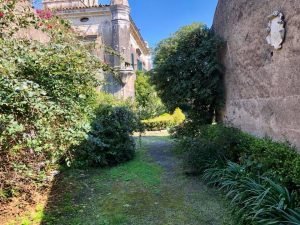 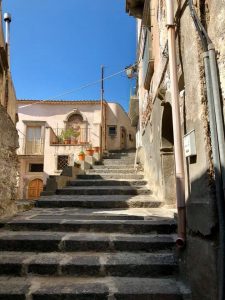 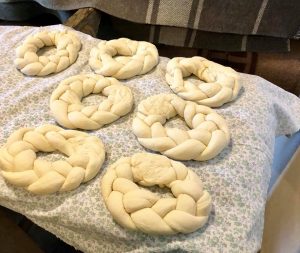 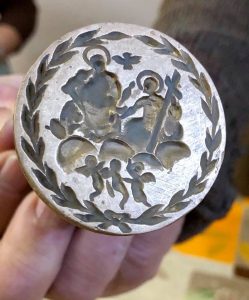 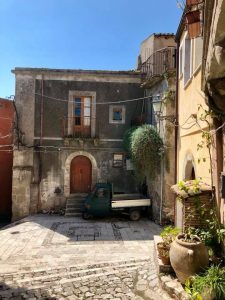 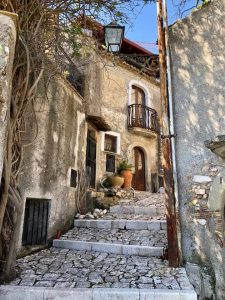 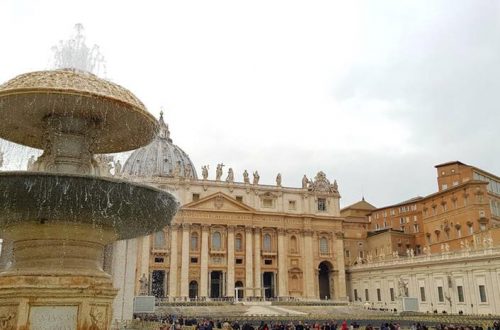 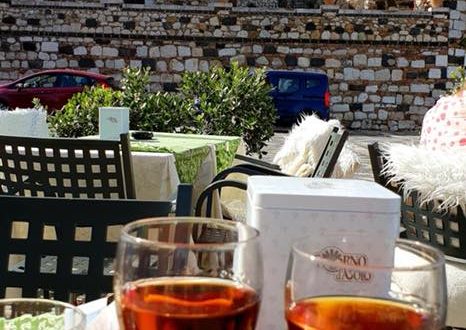 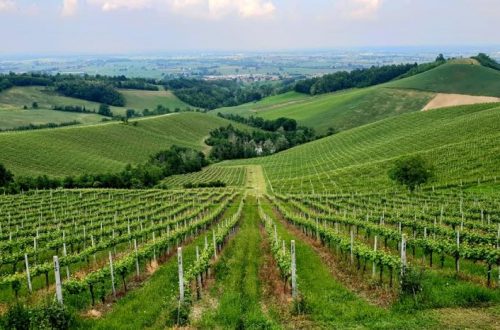