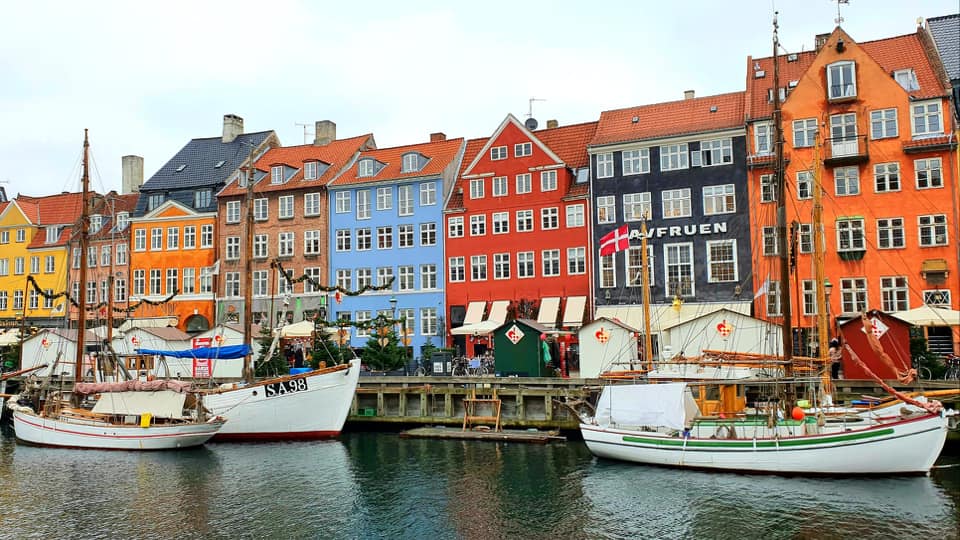 COPENHAGEN, part 1. We visited Copenhagen for another reason but still managed to be tourists as well. So here some of our activities and even tips for a visit to the beautiful capital of Denmark. Getting to the city centre from the airport is easy, just take the train to the main central station and you are there. A word about ticketing, this might be tricky for foreigners – so do like we did, buy a general ticket covering all public means of transport; train, bus, metro and even the water busses. Can be purchased online and to the required time of the stay. 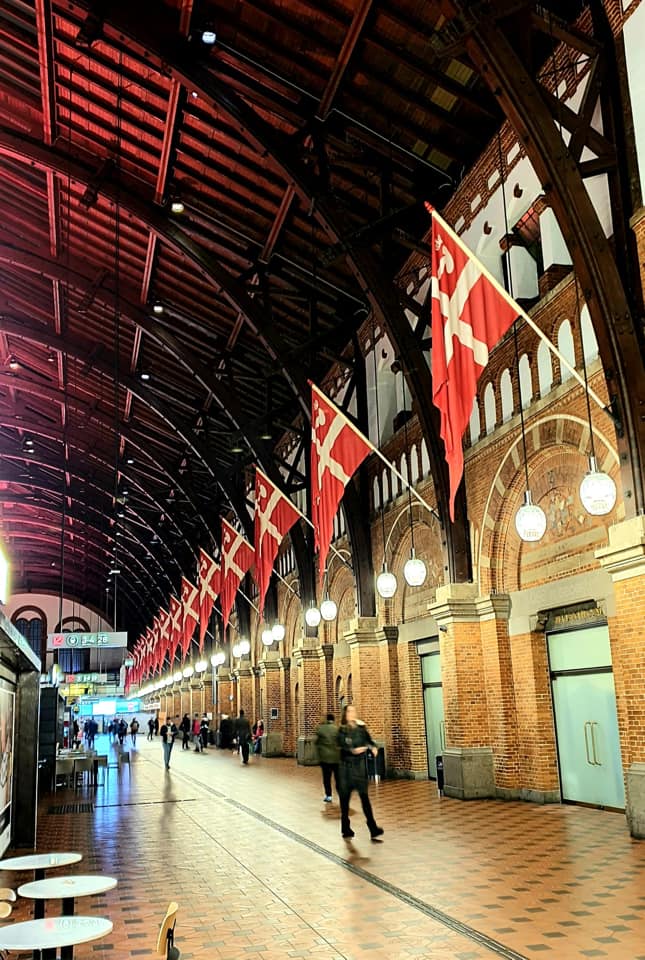 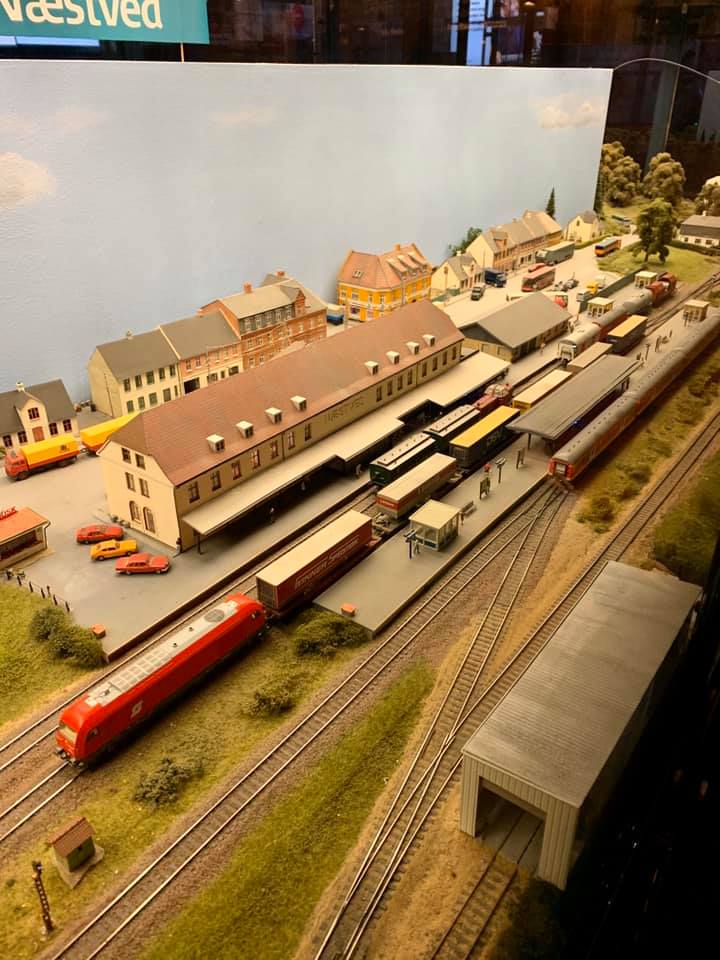 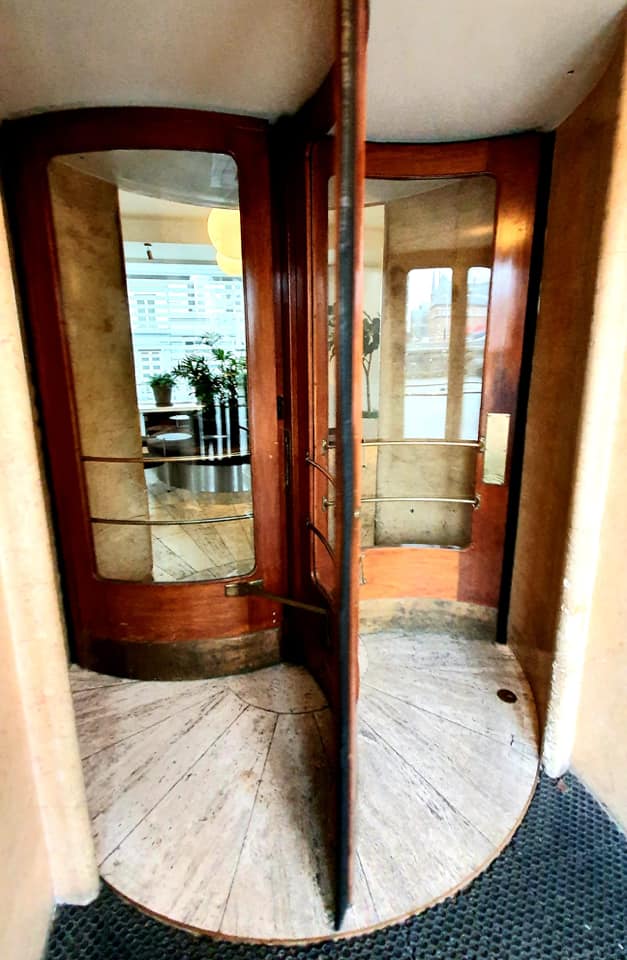 On the train station they still have a model railway, reminding of childhood, where the small, 1:87 scale, trains runs some rounds for 2 kroner
while kids presses their nose against the glass. Our hotel was just outside the railway station. Hotel Astoria, built in 1934, is now a protected building with many Danish design items all over the hotel, including the rooms. The oldest revolving door in Copenhagen is still in use at the hotel. Breakfast is mainly ecological, always fresh bread and the coffee made to your liking. The fact that the hotel is in walking distance of all our planned sights made up our pick. 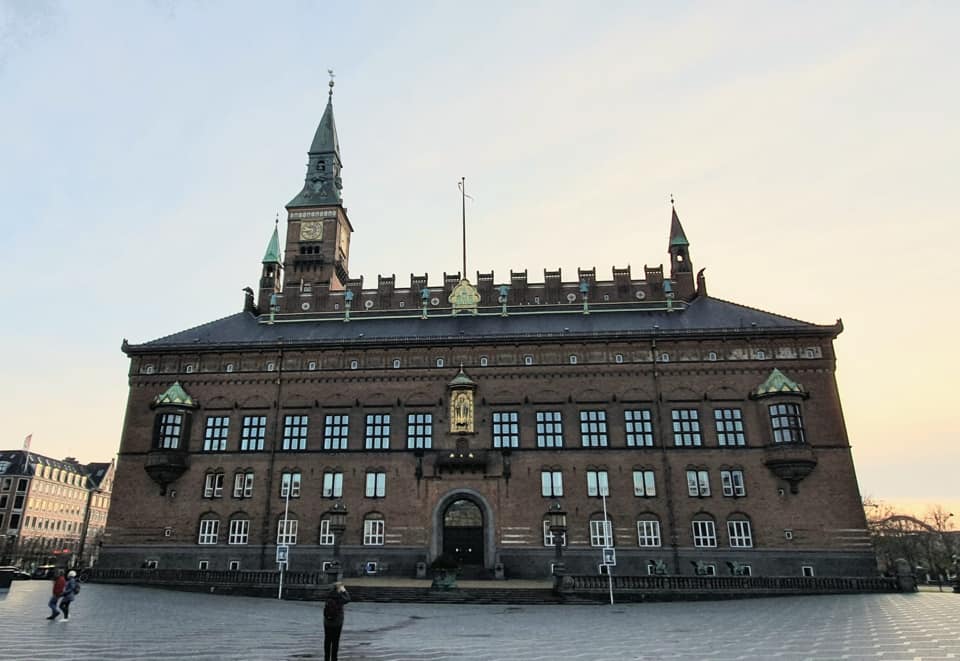 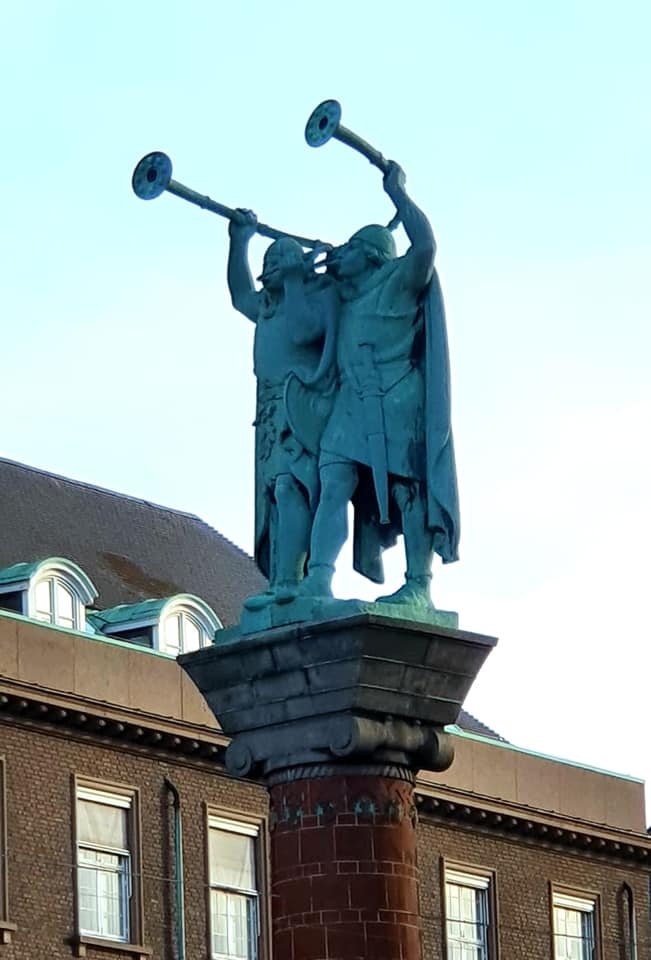 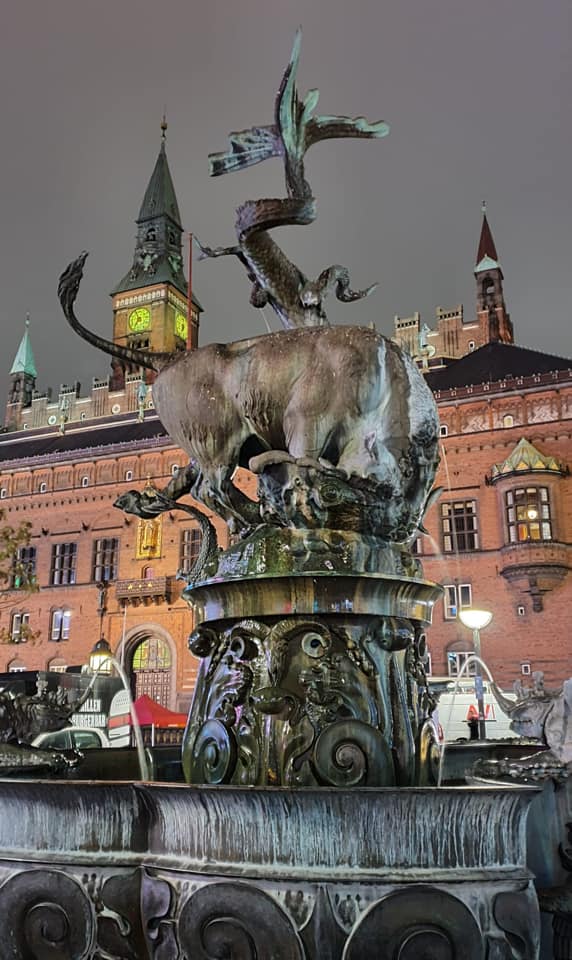 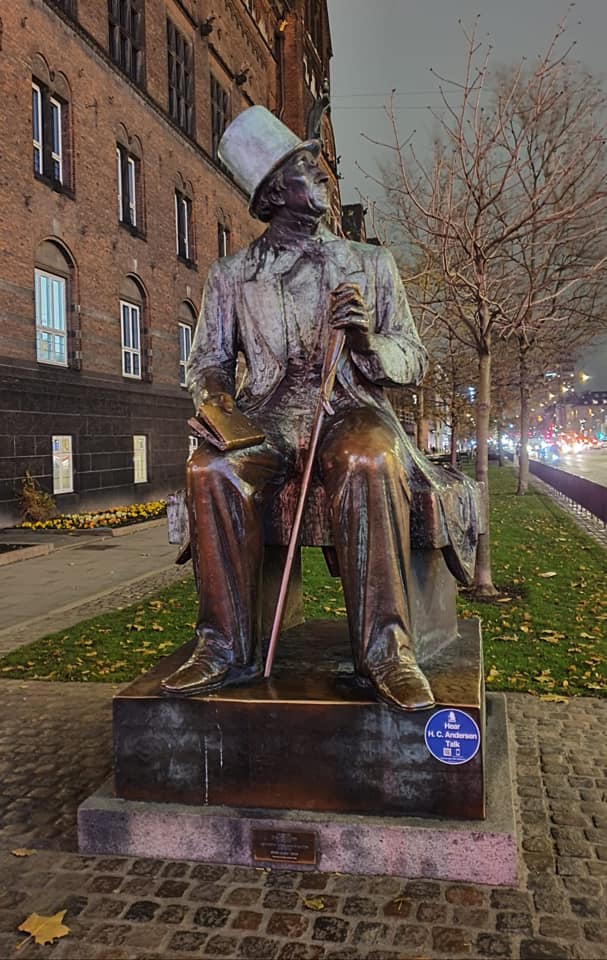 The long shopping street, Strøget, is not far from the hotel and on the way the Townhall Square is passed. This, at least for Danes, legendary building inspired by Tuscan architecture was built about 120 years ago (it took them 23 years to finalize it). Legendary? This is where many Danish sport victories are celebrated – we may all remember when Denmark won the European Football Championship in 1992, the one and only, ever…

😉 …they even later made a movie about it, “The Summer of ‘92”. The tower is still one of the highest buildings in Copenhagen. 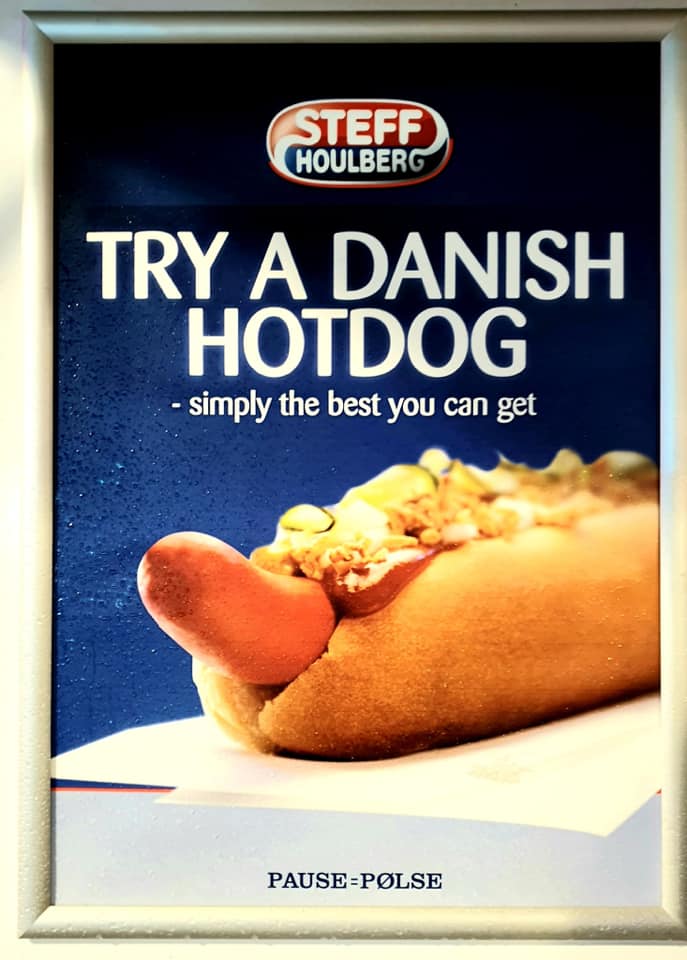 The townhall Square is the perfect location to try a typical Danish “dish”, the hotdog! Yes, the best hotdogs are Danish. 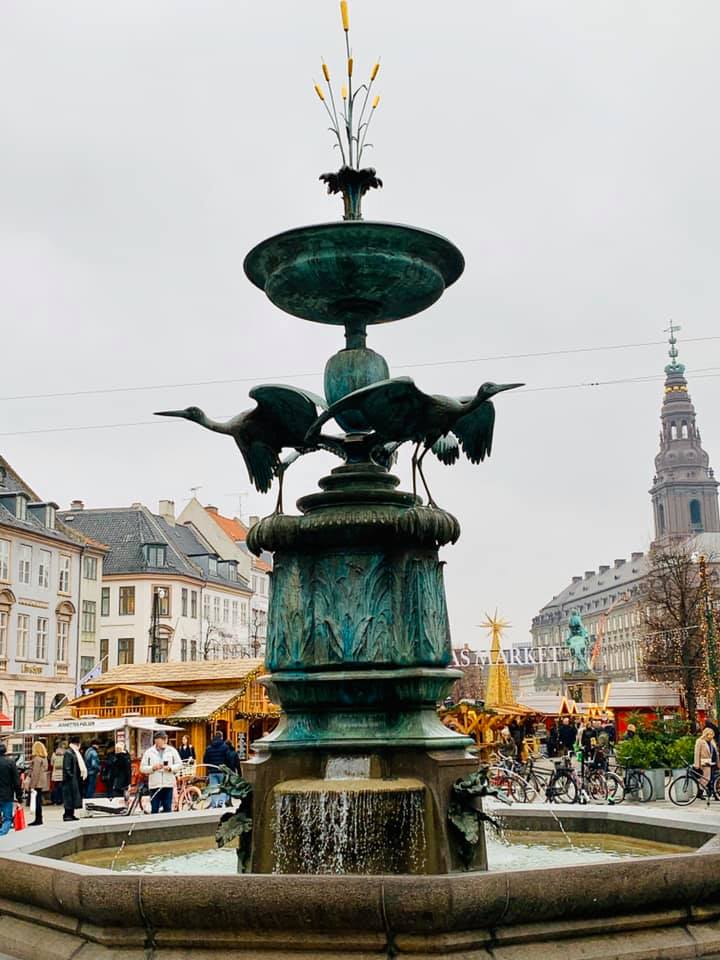 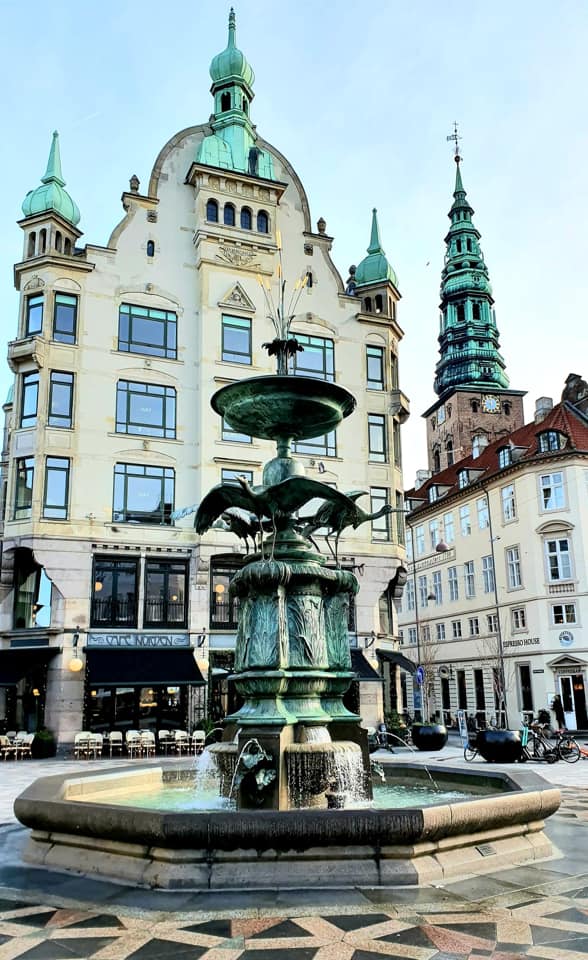 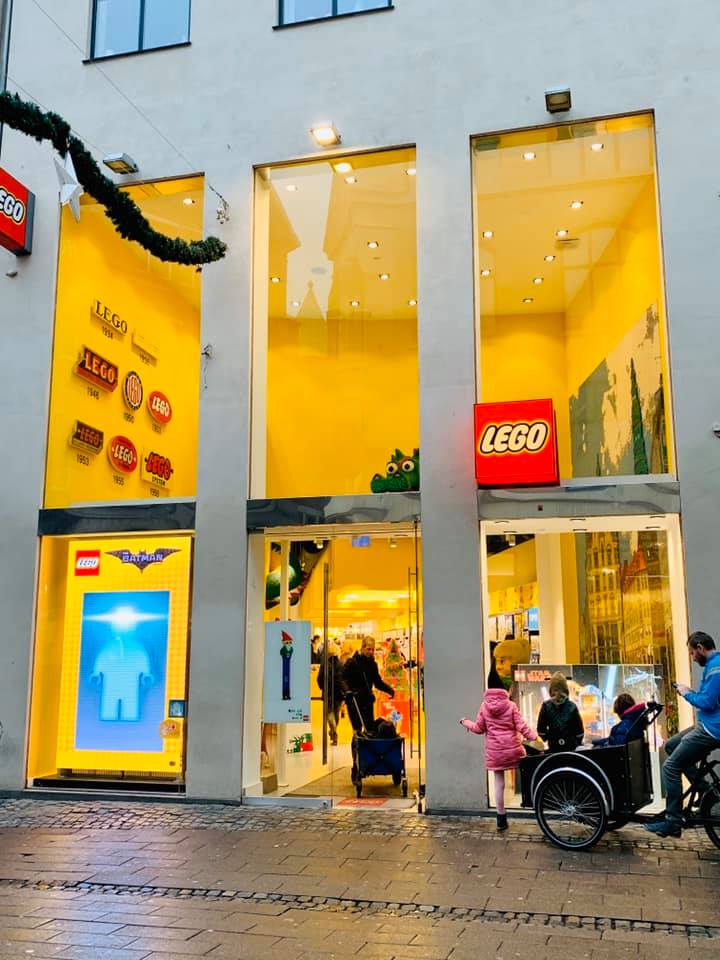 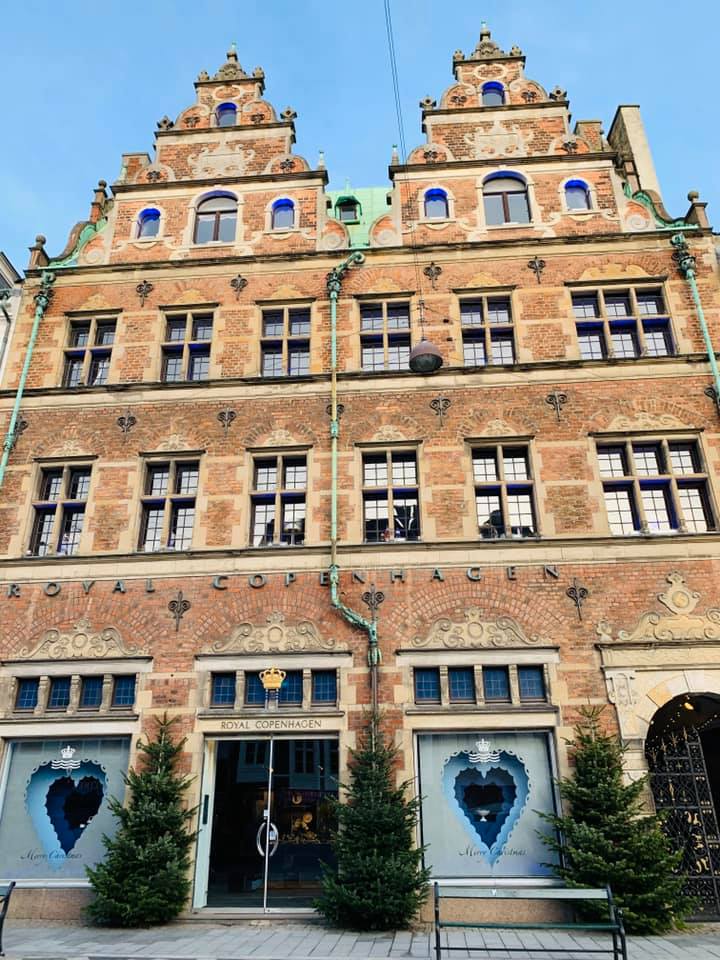 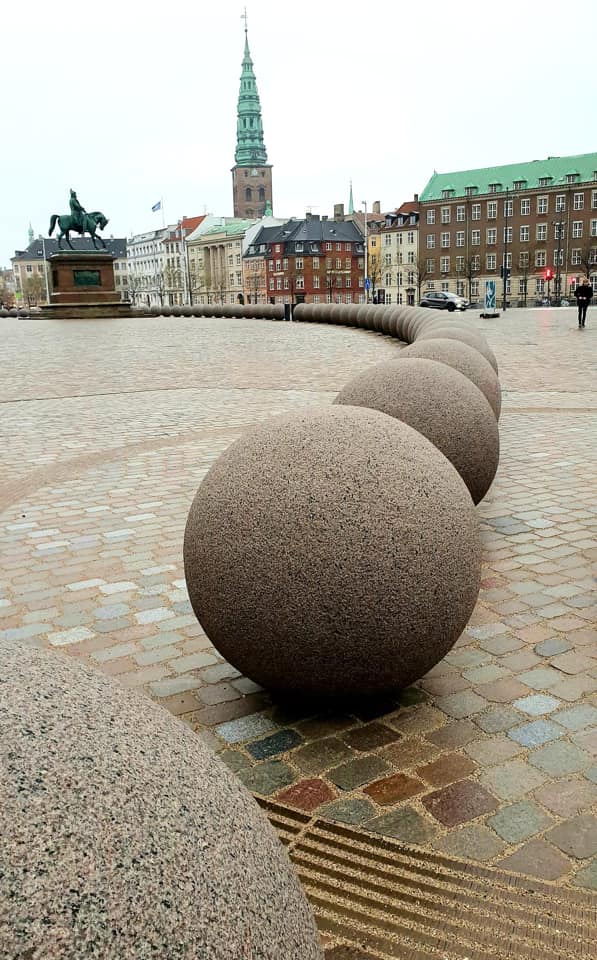 Strøget is also where the famous Stork Fountain, Storkespringvandet, is situated. It was a gift to King Frederik VIII (at that time Crown Prince) and Crown Princess Louise in 1894. The fountain has since then been subject to many funny legends and even a protest song about police brutality! 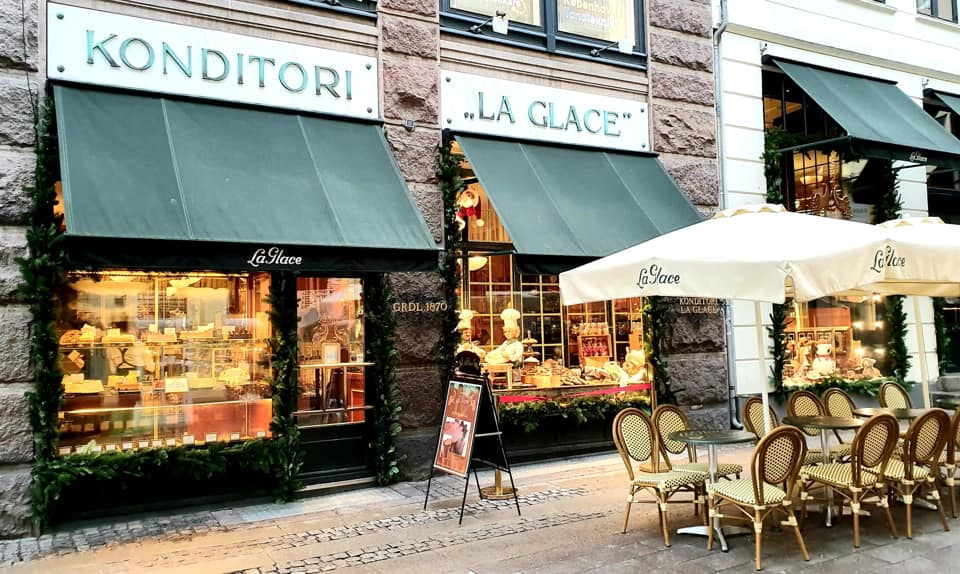 The oldest conditori in Denmark – founded in 1870 in the old part of Copenhagen – La Glace is also in this area. Enjoy a cake and coffee here, sitting in furniture from the 1890s. 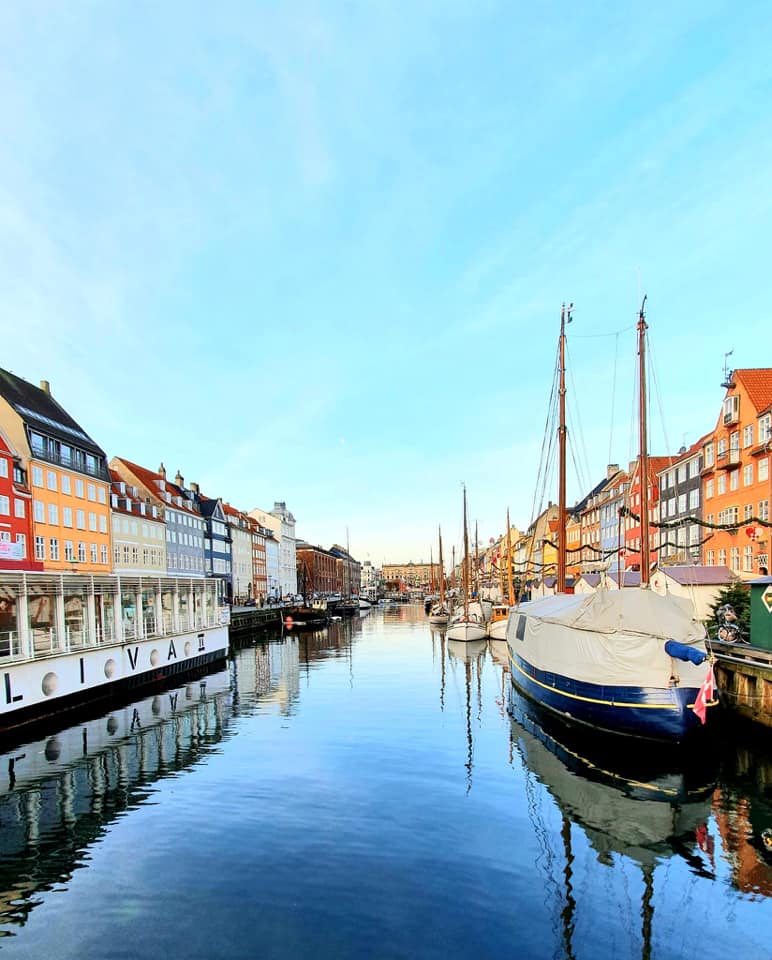 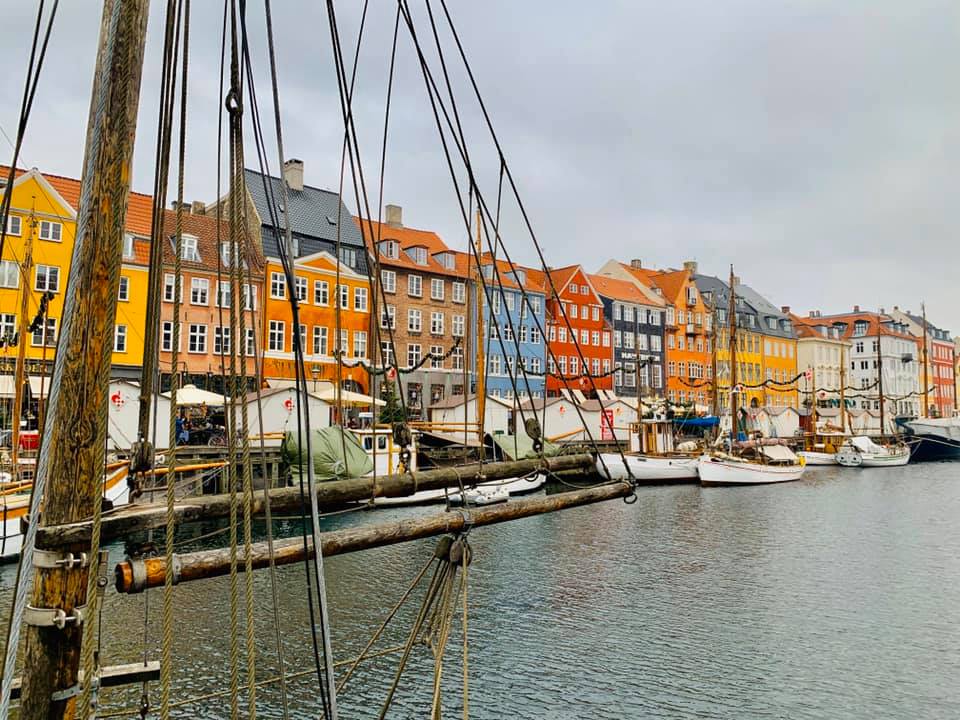 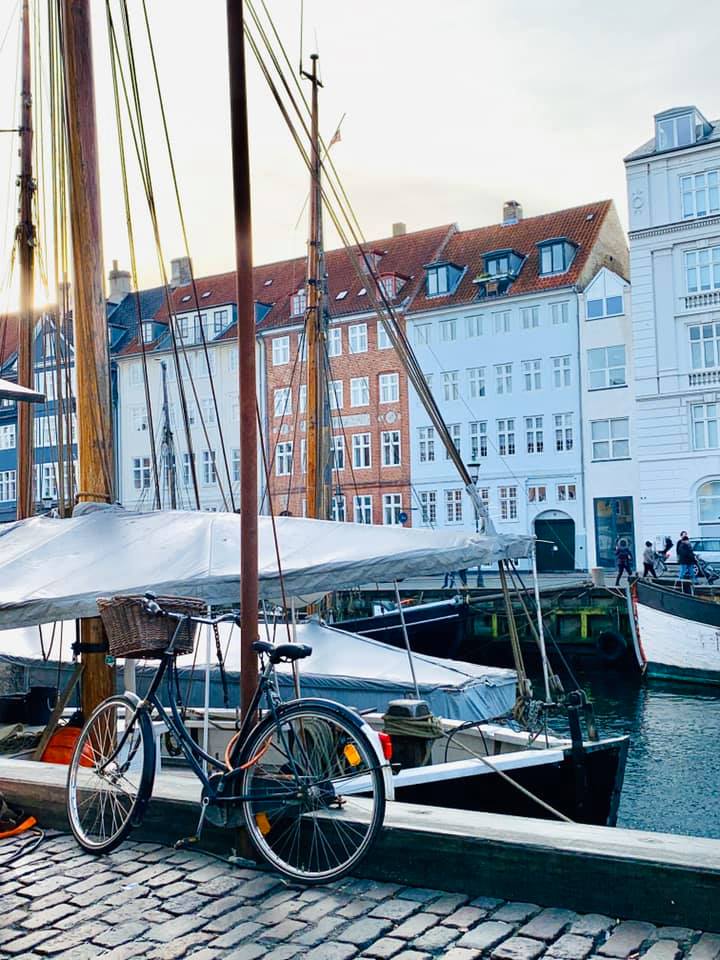 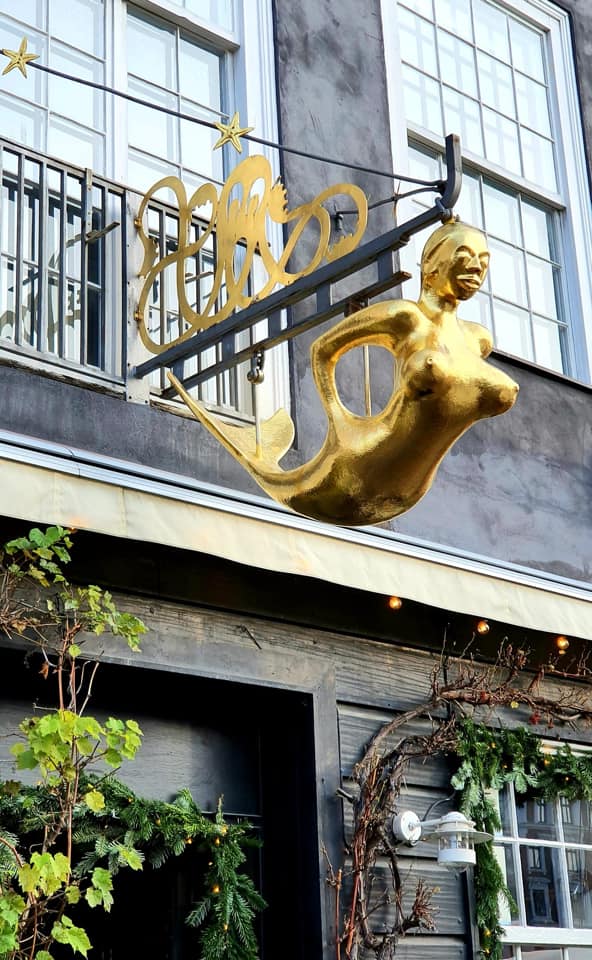 A bit further away from the center is Nyhavn (New Harbor) with its picturesque and colorful houses, lots of interesting bars, cafés and restaurants. Old wooden boats are moored here, and this is also where many tour boats begin the interesting channel tours of Copenhagen. 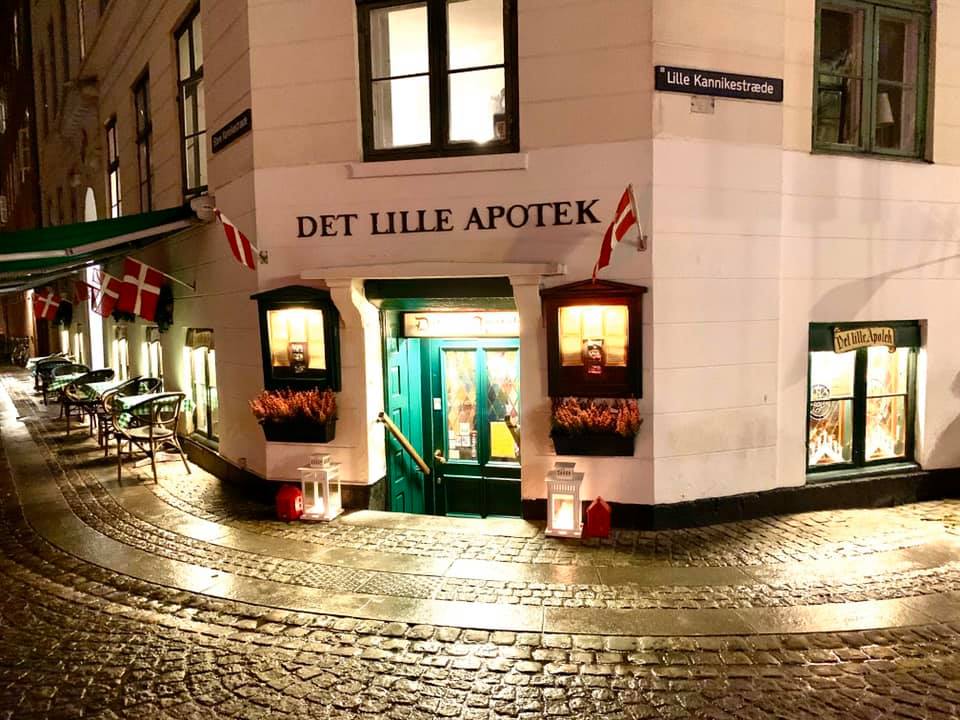 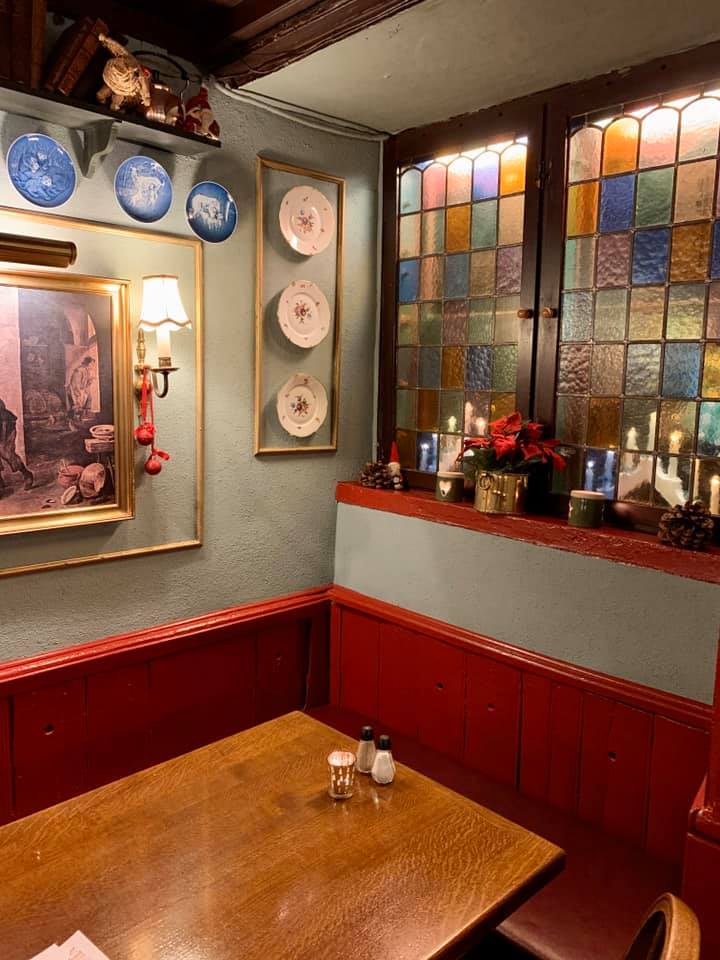 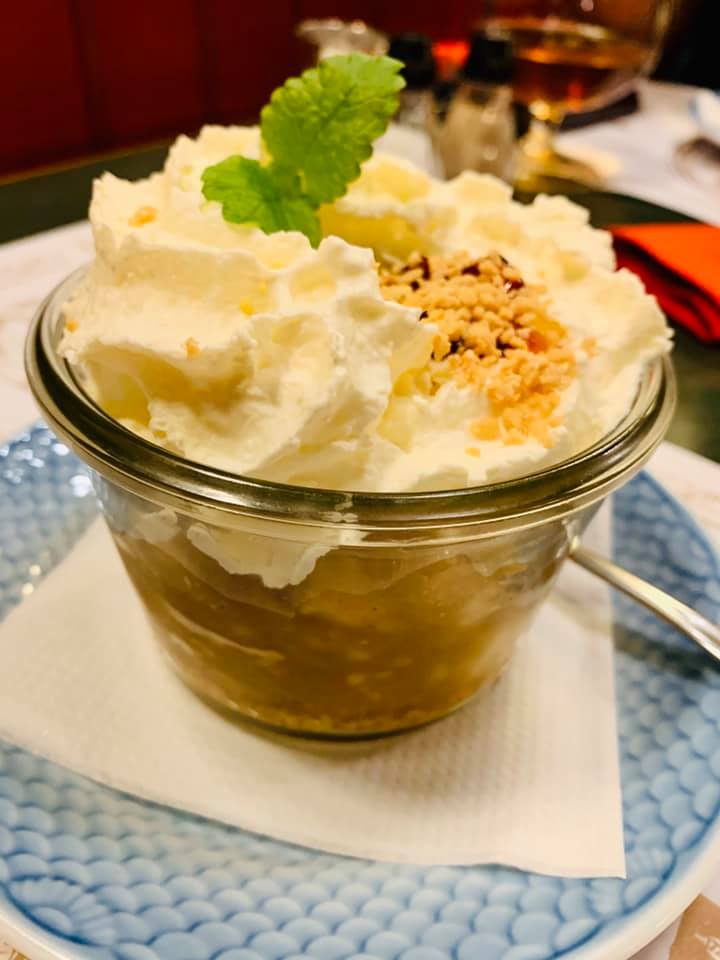 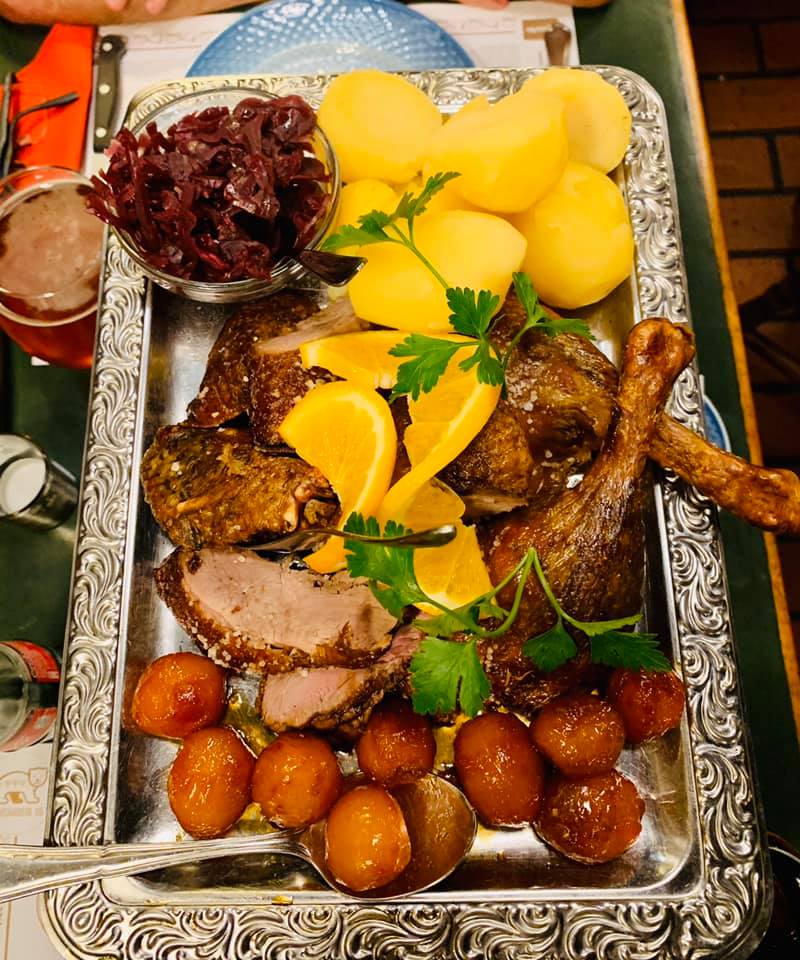 We had dinner at The Little Pharmacy, Det Lille Apotek, the oldest restaurant in Copenhagen, opened in 1720! A fantastic atmosphere is spreading in the low-ceilinged rooms with leaded windows and many other original and authentic interiors. Imagine, good old H.C. Anderson wrote his The Ugly Duckling here and many other historical celebrities also dined in this cozy establishment. Dishes are traditional Danish and very, very delicious. Booking a table in advance is highly recommended. Don’t miss this if you are in Copenhagen. 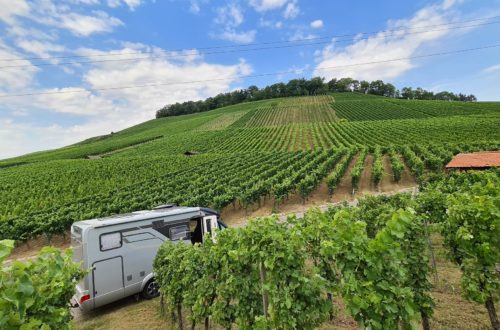 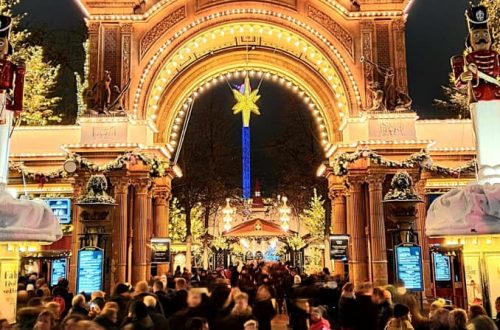