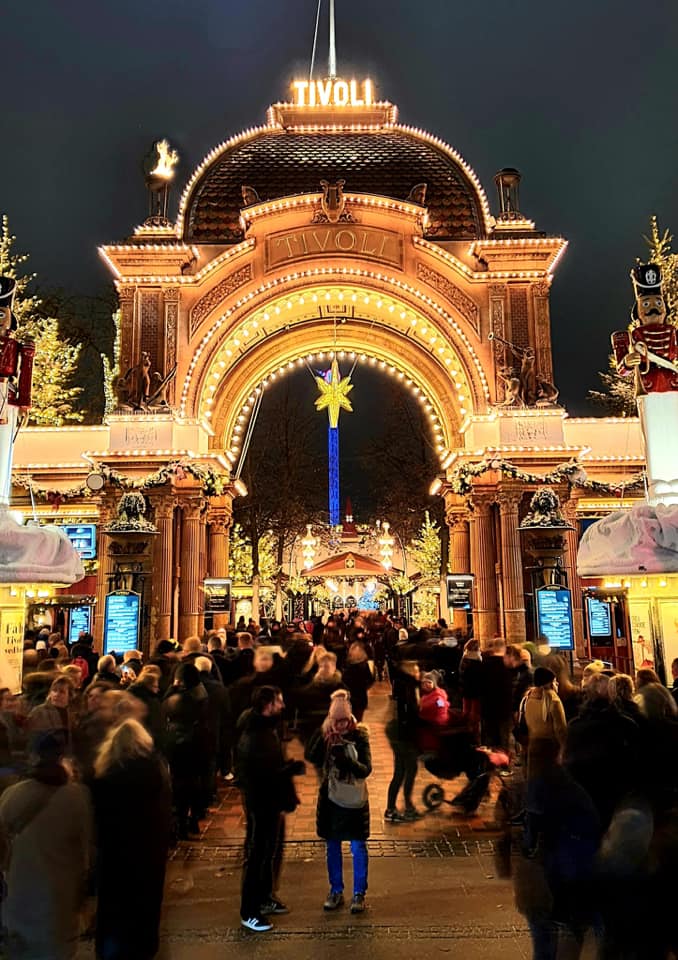 Getting up early is a good tip for city trips, even in Copenhagen, so off we went. Tivoli Gardens, the second-oldest amusement park in the World (the oldest is Dyrehavsbakken, also in Denmark), opened in 1843. Almost 5 million visitors come every year to admire the beautiful park with changing themes, this time of course Christmas. 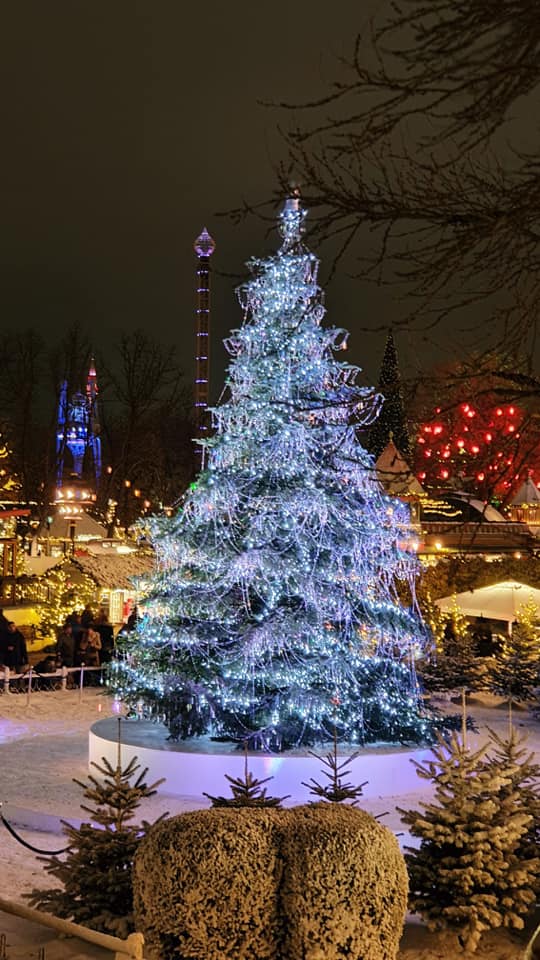 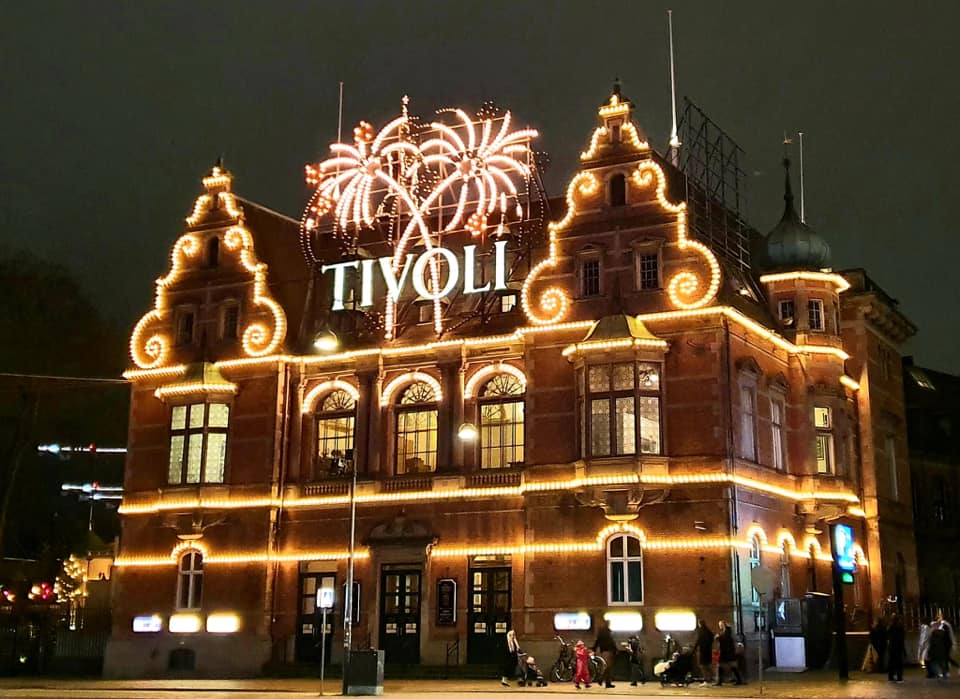 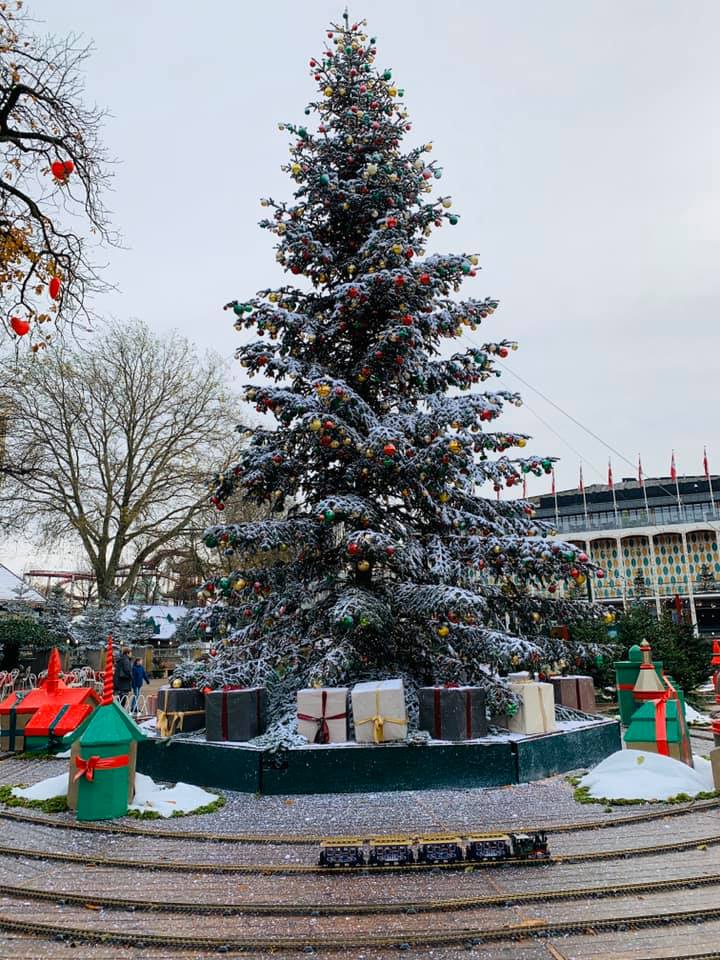 The natural highlight this year is the almost 10 meters high Christmas tree decorated with 3000 Swarovski crystals. Tivoli Gardens is also a great place just to relax in the park, eating in one of the many restaurants, perhaps in the Food Hall next to Tivoli. Oh, yes, there is of course also the wild installments to try, if you dare. And some for the less adventurous and kids. The wooden rollercoaster is from 1914. 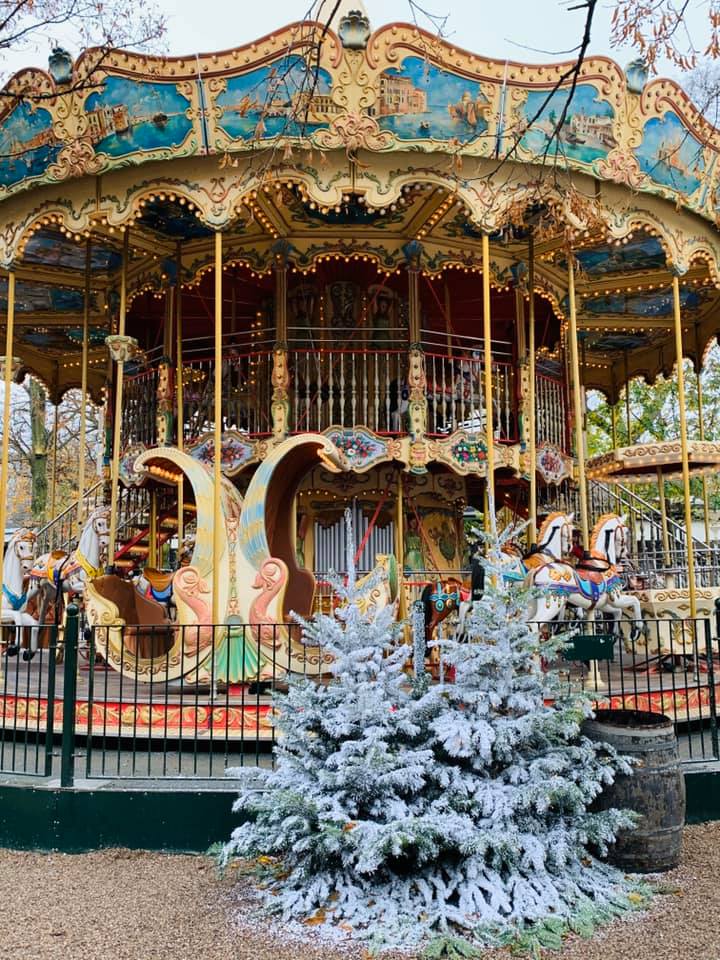 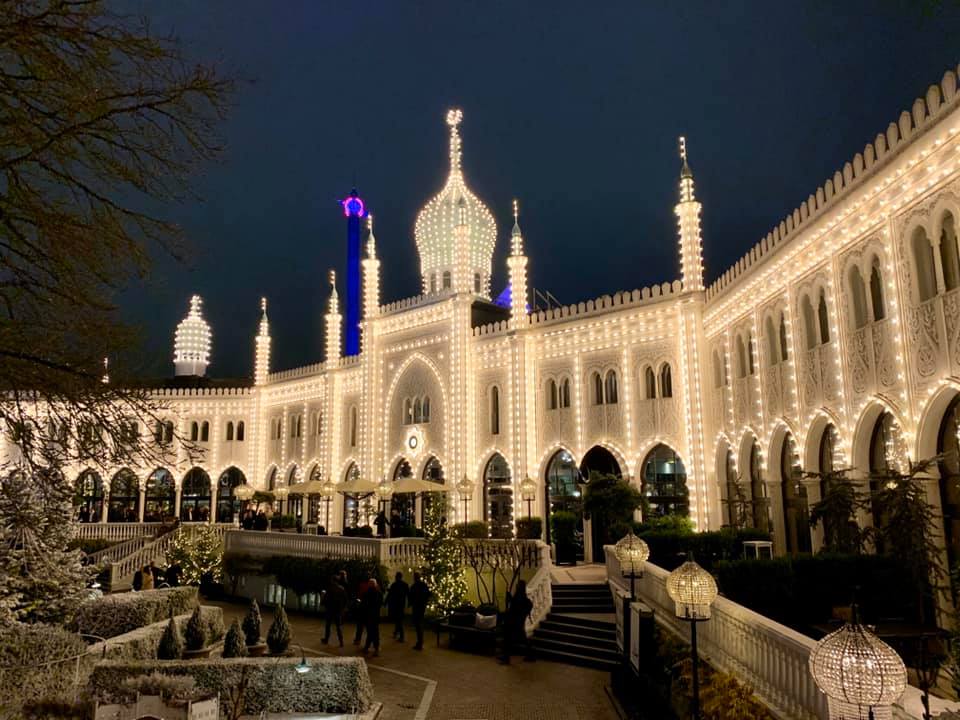 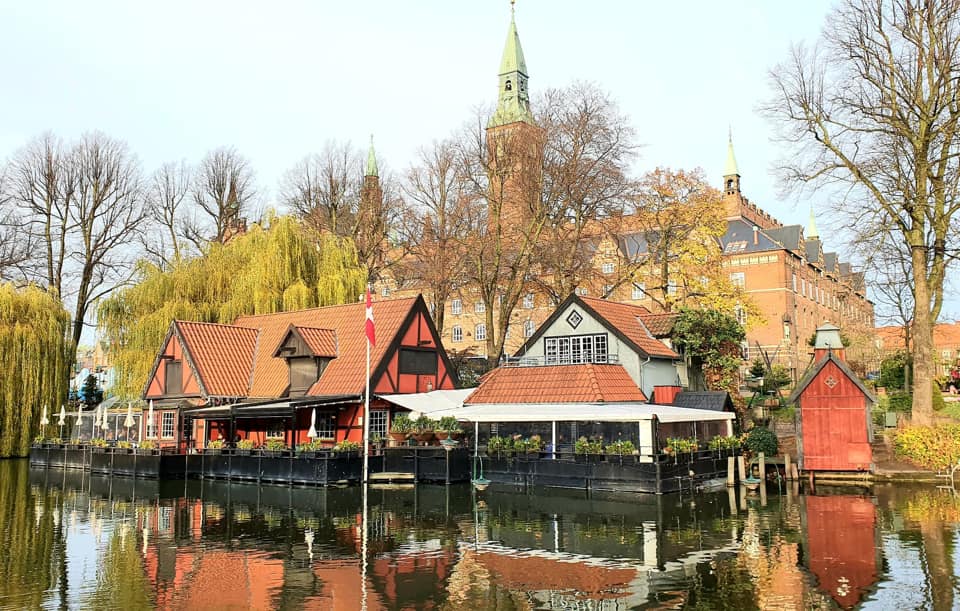 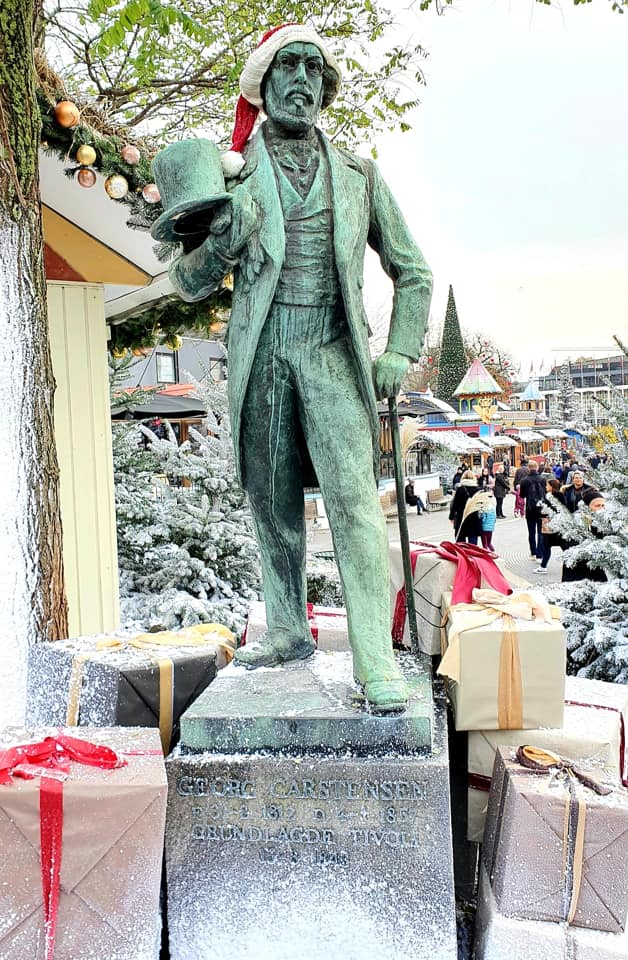 Christiansborg Castle (or in simple saying in Denmark, Borgen (The Castle) is where the Danish Parliament is seated, but it also includes the Royal Stables and some other royal places like the Royal Chapel and reception rooms. Christiansborg Palace is the only place in the world that is home of all three supreme powers: the executive, legislative and judicial power!! The main buildings seen today are only about 90 years old whereas some of them are 300 years old and under the castle you can still see that the area has been part of the power in Denmark for 800 years! Most of the castle is open for visitors. Some interesting TV-series have partly been shot here, perhaps you know “The Killing” and “Borgen”? 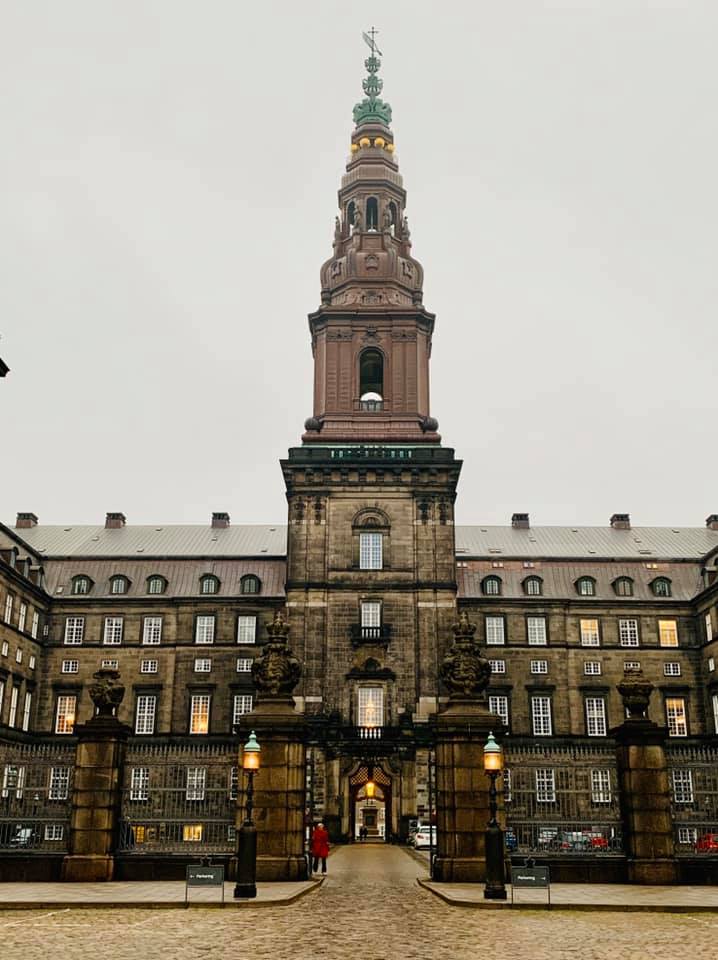 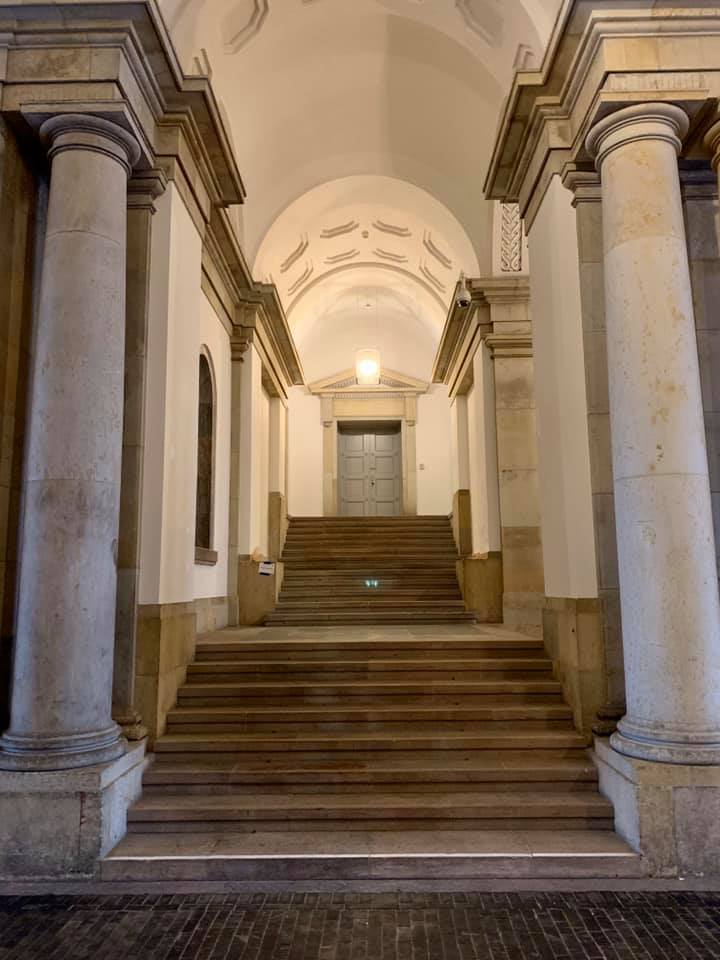 The building Børsen (The Stock Exchange building) is another historic building, built from 1619-1640 in Dutch Renaissance style on the island of Slotsholmen. It was home of the Danish stock exchange until 1974 but is now home of the Danish Chamber of Commerce. A very beautiful building not to be missed. 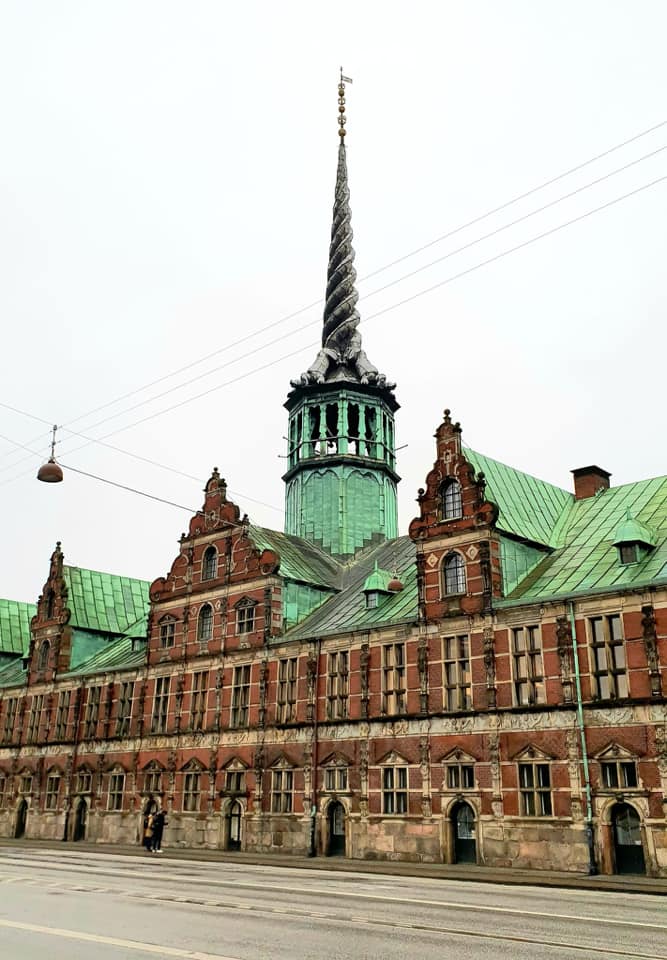 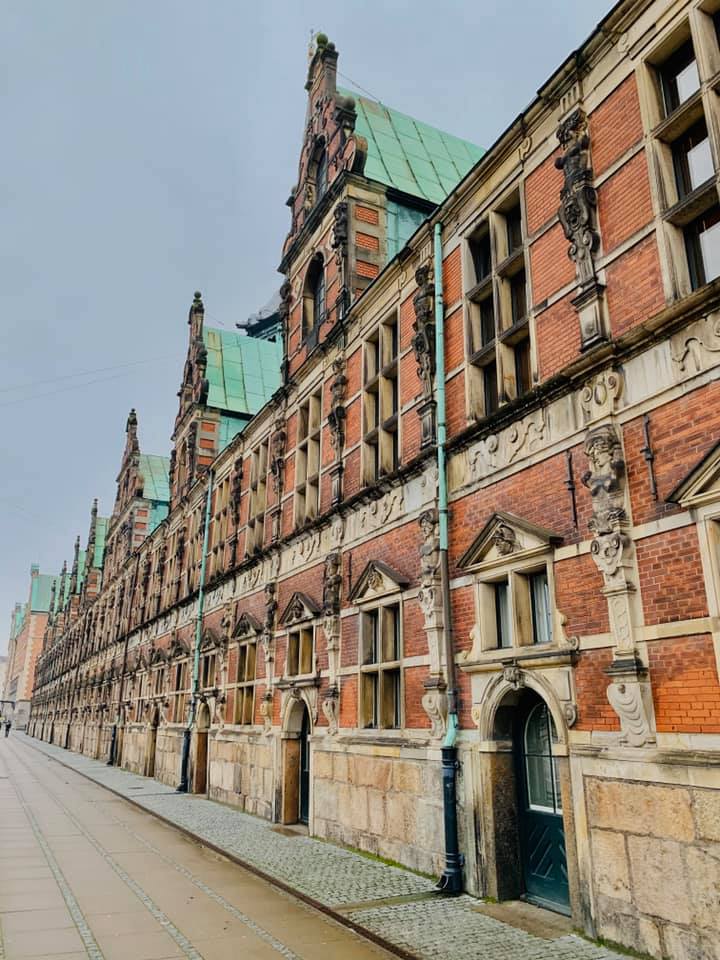 Amalienborg Castle is home of the Royal Danish family, including Queen Margrethe II and Crown Prince Frederik and Crown Princess Mary. The palaces, it actually consists of four very equal buildings surrounding the Amalienborg Castle Square, was originally built for four noble families of Copenhagen, but when Christiansborg Castle burned in 1794 the Royal family bought Amalienborg and have lived there since then. The Royal Life Guard is changing shifts every day at 12 o`clock, and every year at 16 April the public is celebrating the birthday of The Queen on the castle square. Only few of the buildings and rooms are open to the public. 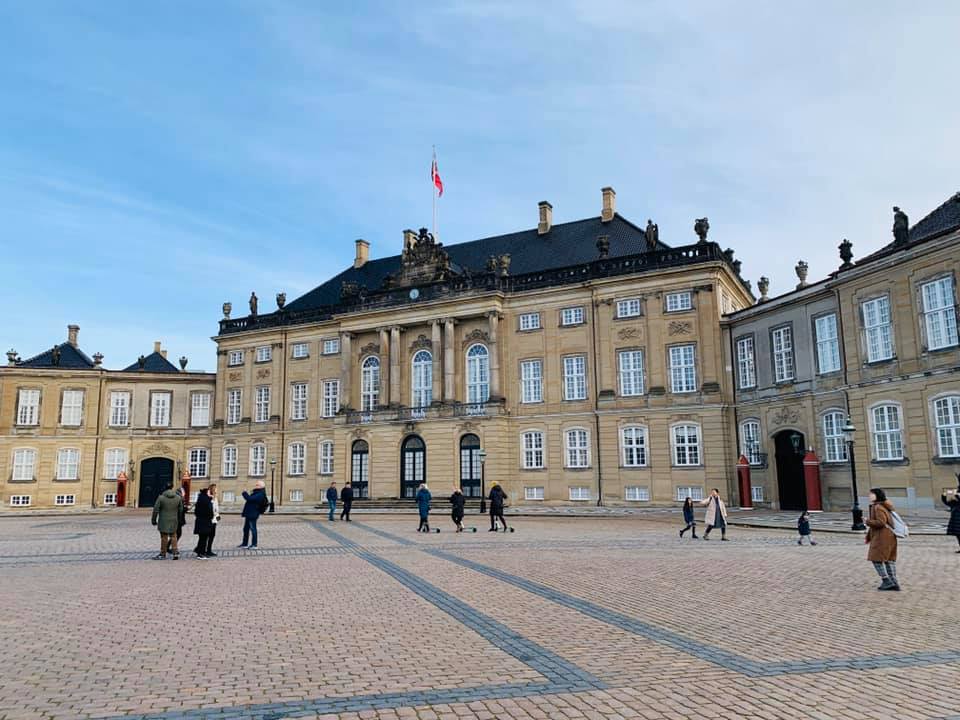 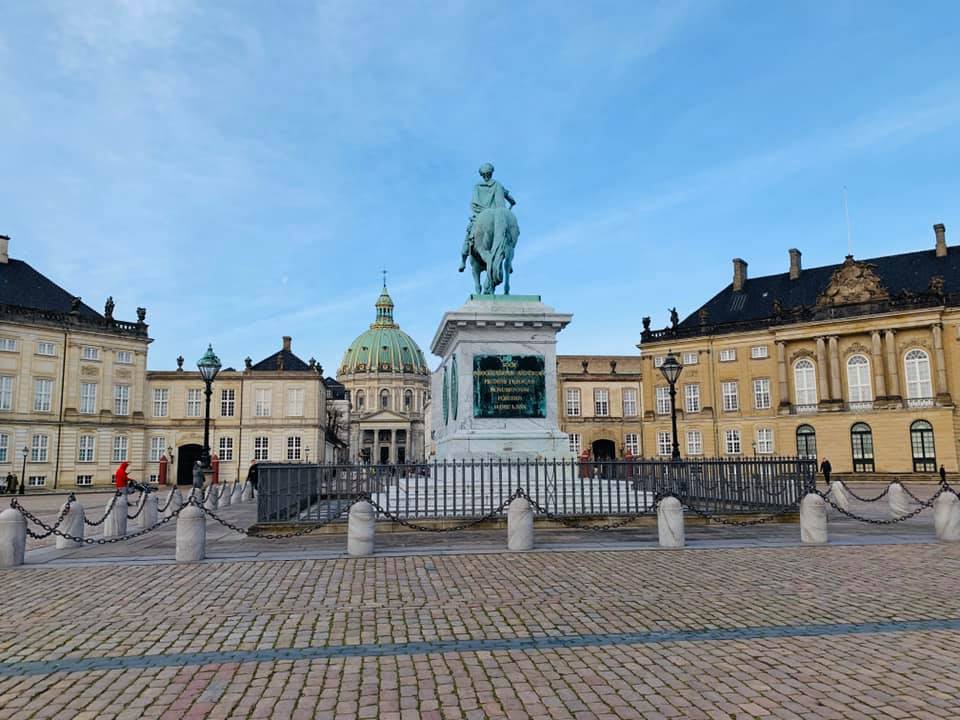 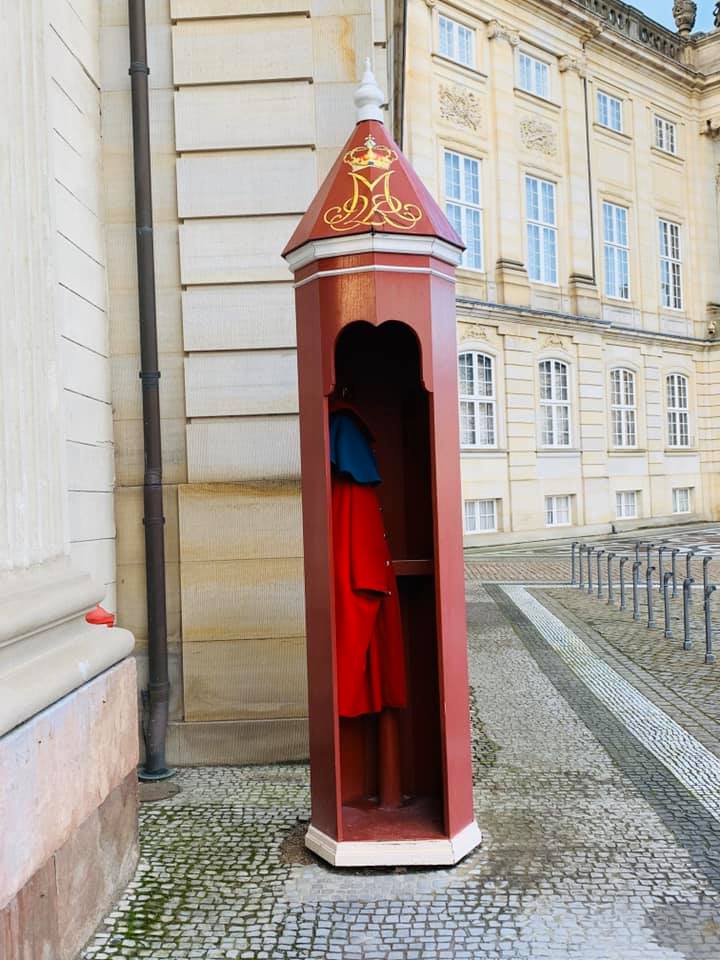 Next to the palace the Frederikskirken, Frederick`s Church, (also known as the marble church) designed by the same architect as of Amalienborg Castle, is located. It has a dome inspired by St. Peter`s Basilica in Rome (though a bit smaller of course). Another beautiful building ?. 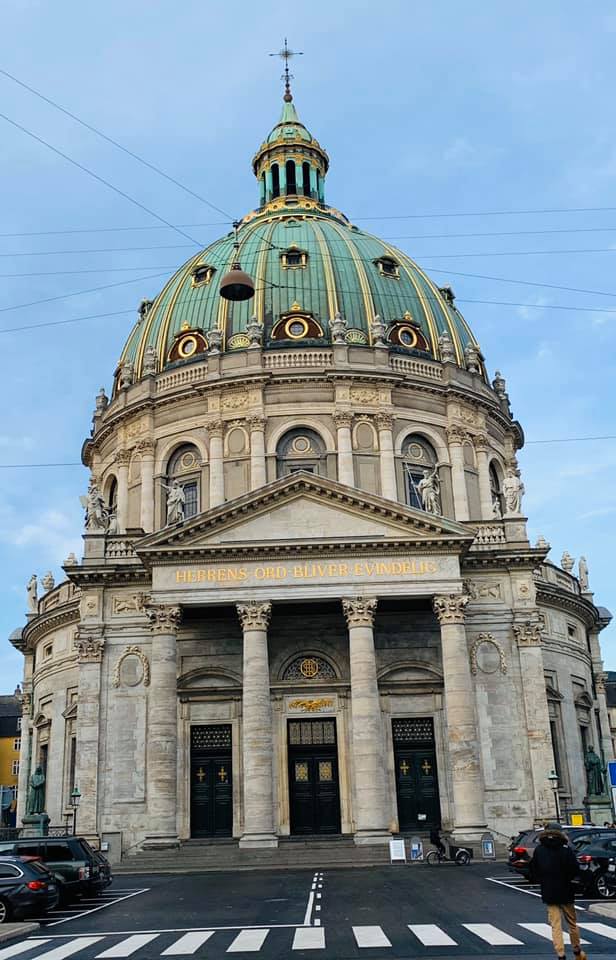 The next visit is to Rundetårn, The Round Tower, which is in fact, very round. There are nearly no stairs but a 210 meters long winding corridor to the top at almost 35 meters height. The platform on the top offers a wide view over Copenhagen. In good weather Sweden can be seen too. Initially the tower was built as an astronomical observatory and it is part of the Trinitatis Complex including a church and the Copenhagen University Library and was finalized in 1642. Every spring there is a unicycle race in the tower, the over 30 years old world record still lasts, 1 minute and 48,7 seconds. The church is absolutely worth visiting as well. 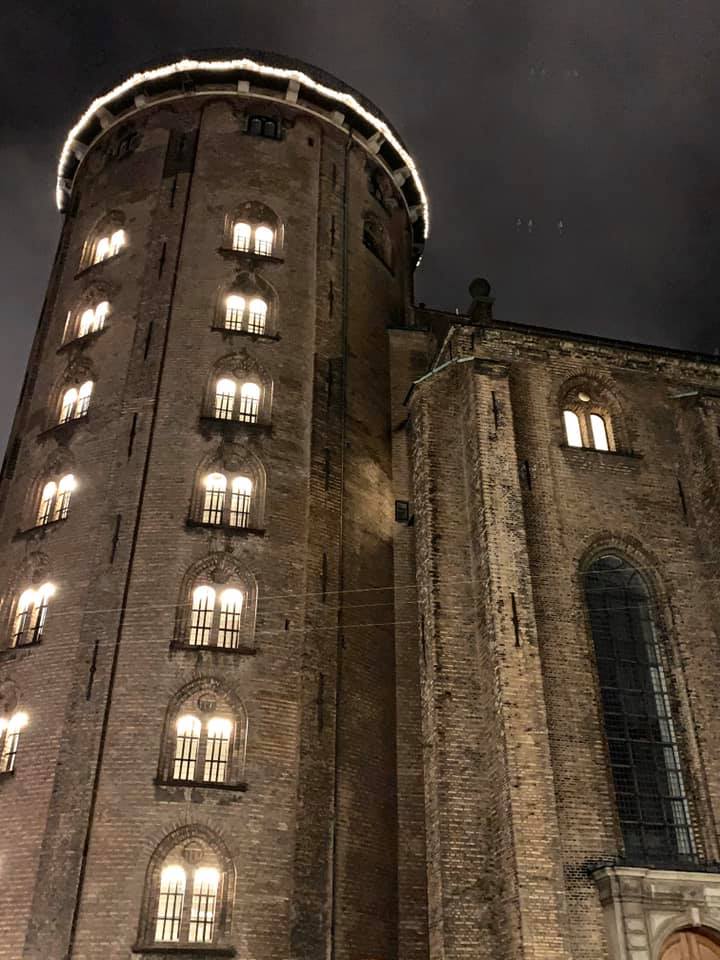 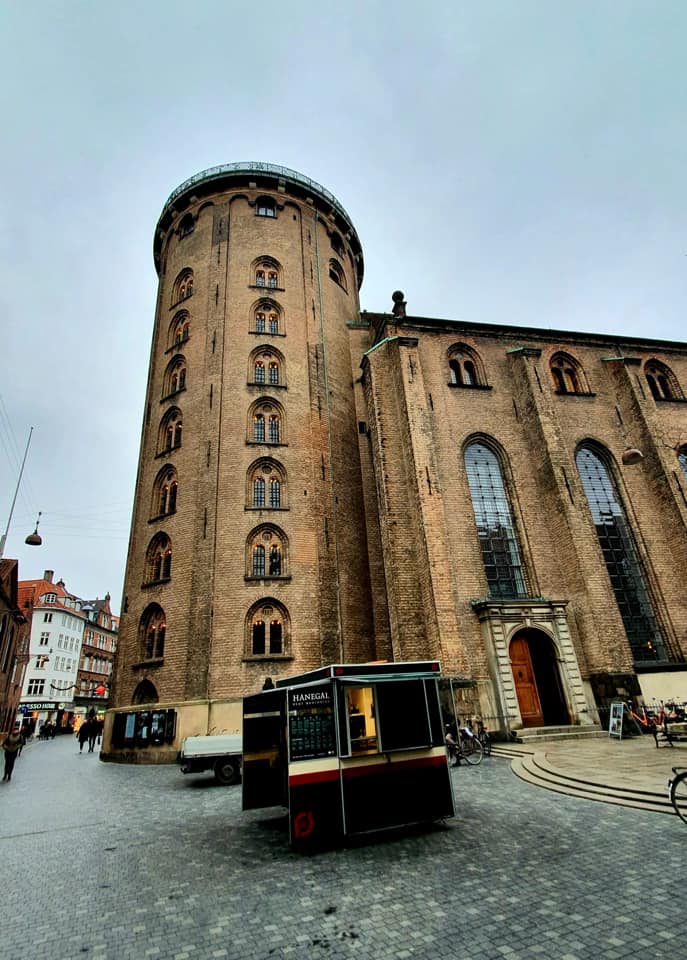 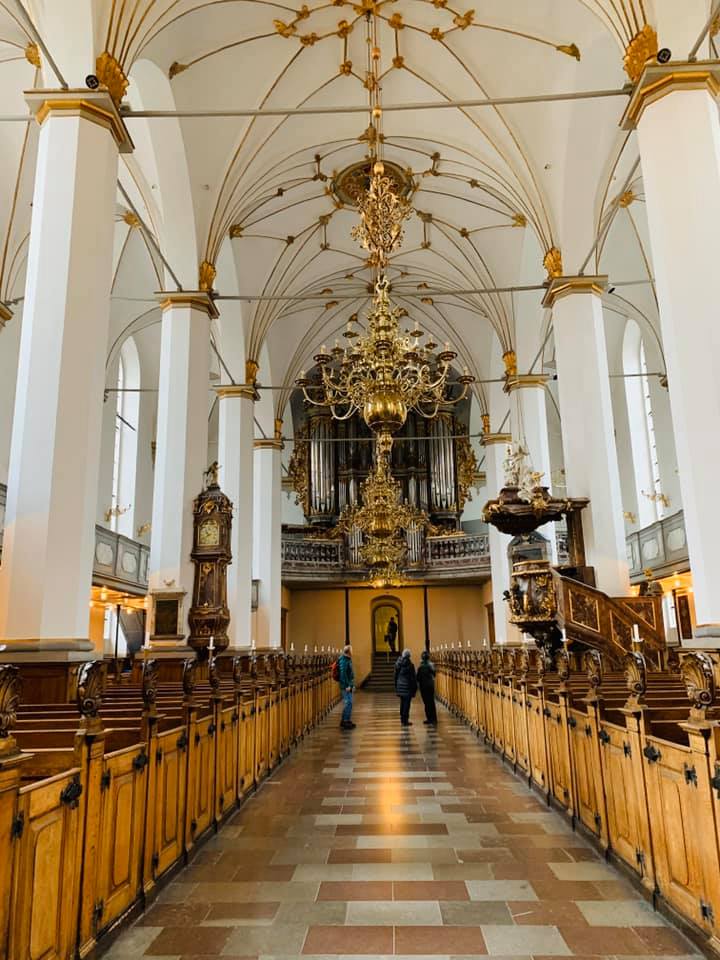 Kongens Have, The King’s Garden or Rosenborg Castle Gardens, is the oldest park in Copenhagen and home of The Royal Guards. Many statues, monuments, fountains and historical buildings can be admired here and the park is actually the most visited of all parks in Copenhagen – for a picnic, relaxing, reading a book or just watching people passing. 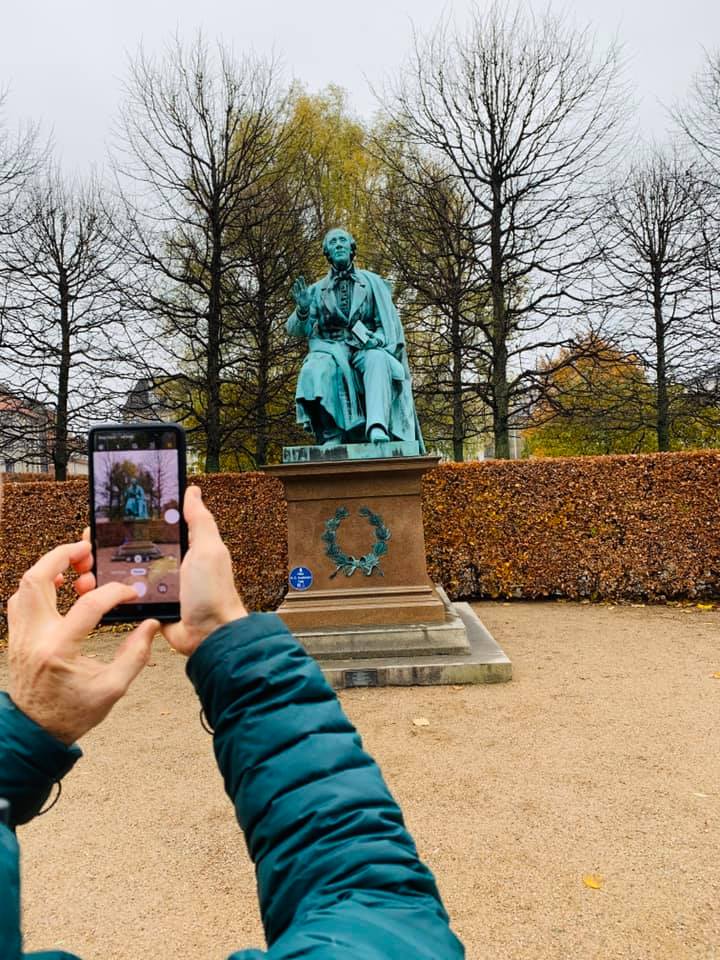 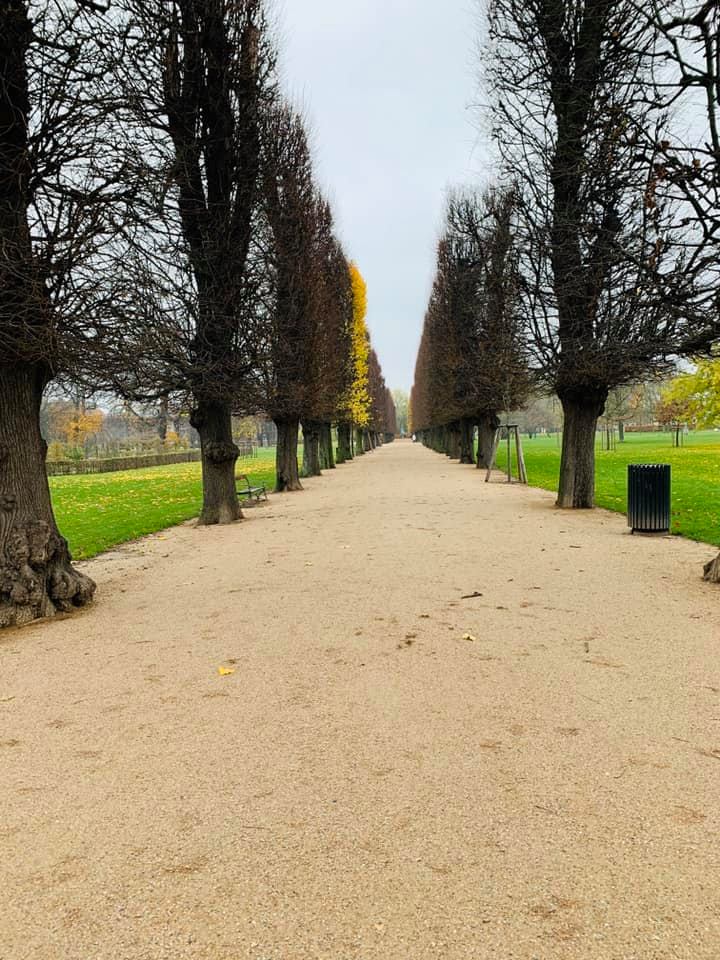 That was a lot to see, so now we needed a bit to eat and drink before heading for the airport. We had decided to visit Told & Snaps, a classical “smørrebrød“ restaurant in a sidestreet to Nyhavn. All the typical Danish types of “smørrebrød“, open sandwich, can be enjoyed here along with one, or two, of the homemade or snapses, perhaps a classic, a Christmas or even a horseradish snaps ?. A highly recommended restaurant for your next visit in Copenhagen!! 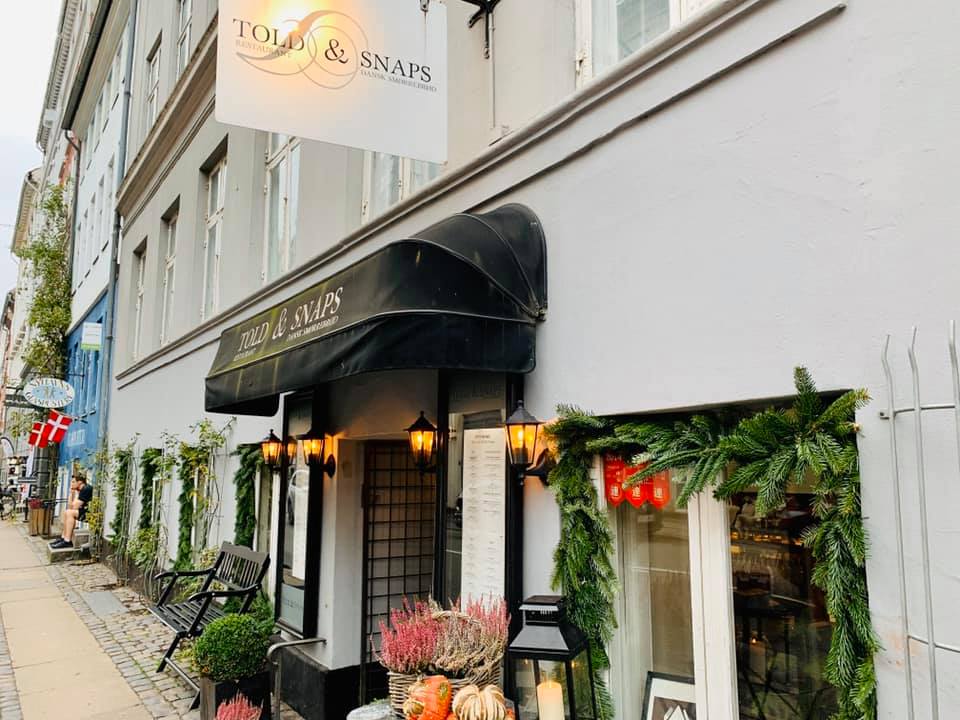 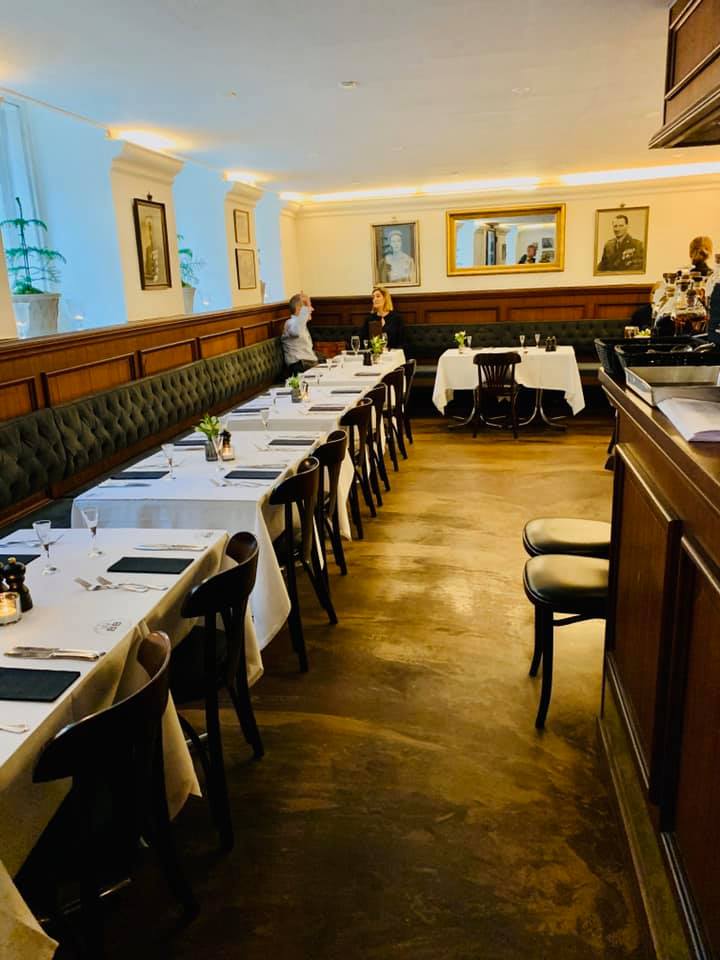 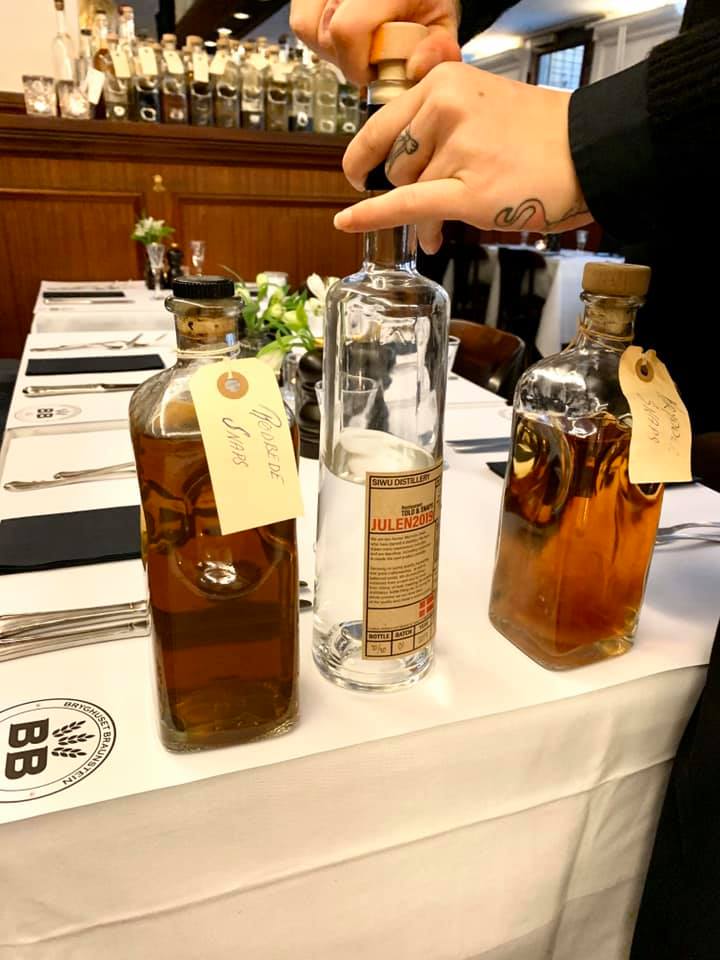 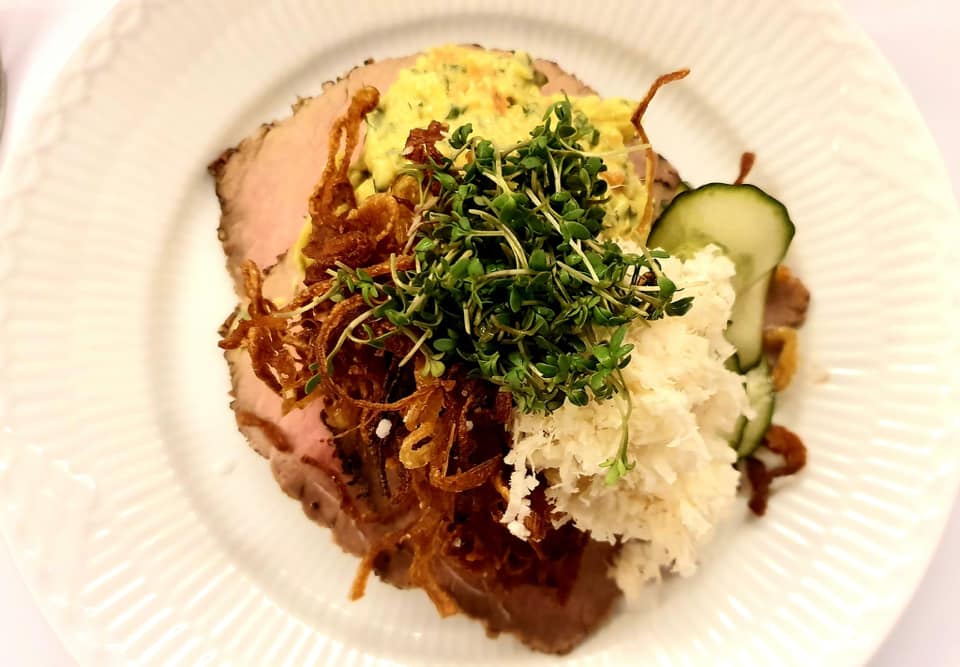 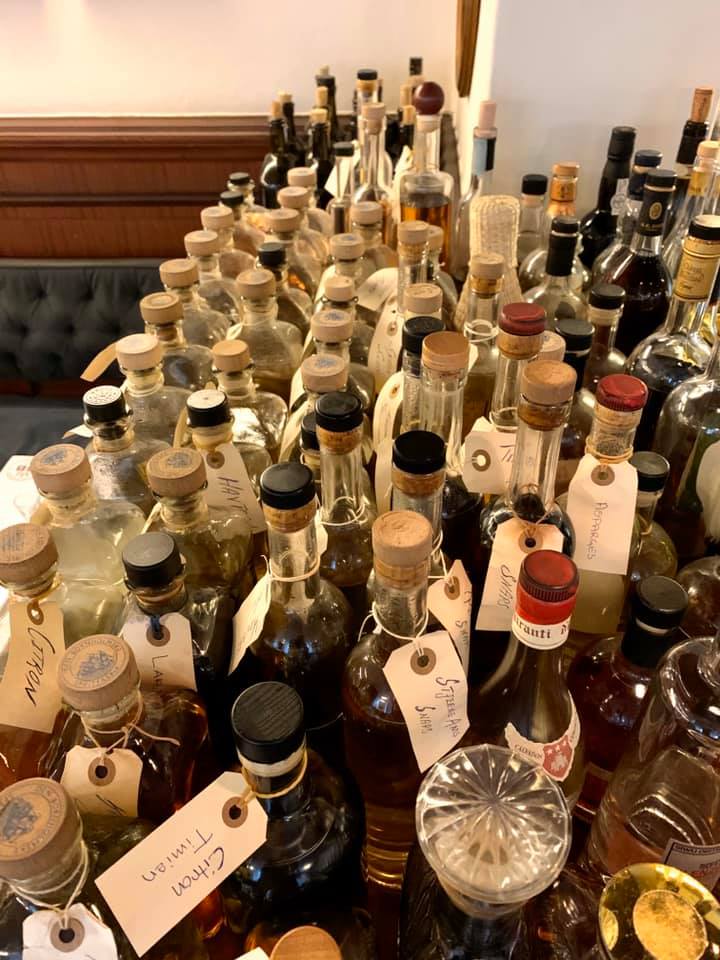 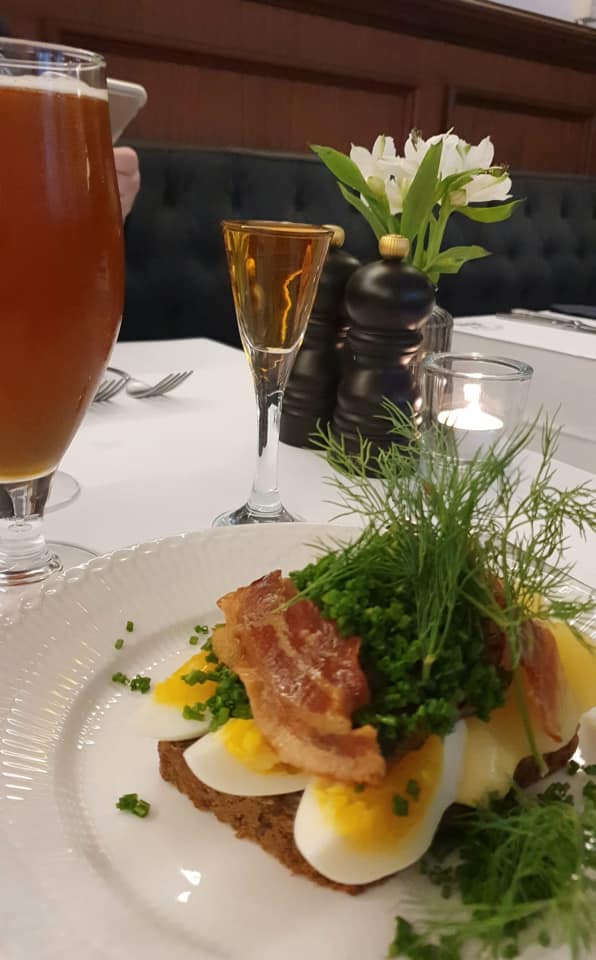 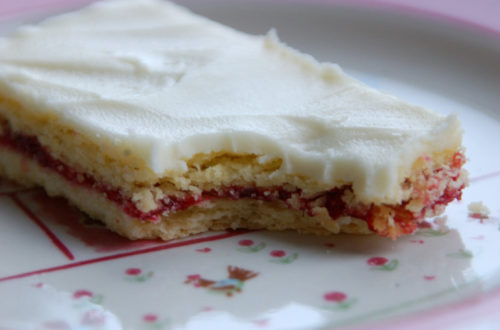 HINDBÆRSNITTER!! Danish cake, including the recipe! 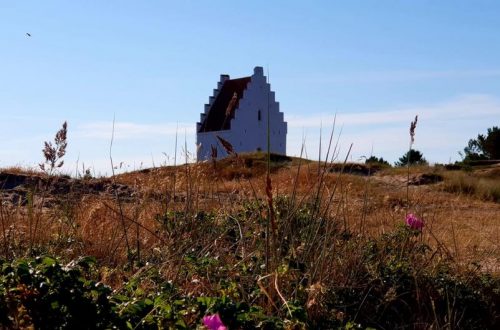